The idea of creating a canal linking the Mediterranean Sea to the Red Sea is a very old one that dates back about 4000 years to the ancient Egyptians. They thought of linking the two seas by using the River Nile and its branches. It was this very old desire that led to the digging of the present Suez Canal.

The building of the Suez Canal was considered the greatest engineering feat of the nineteenth century. Historically, it the first man-made canal ever dug in service of world trade, and when it opened in 1869, the Canal was the longest man-made sea level canal in the world.

The modern Suez Canal is still one of the world's most heavily used shipping-routes and continues to play a critical role in international trade. 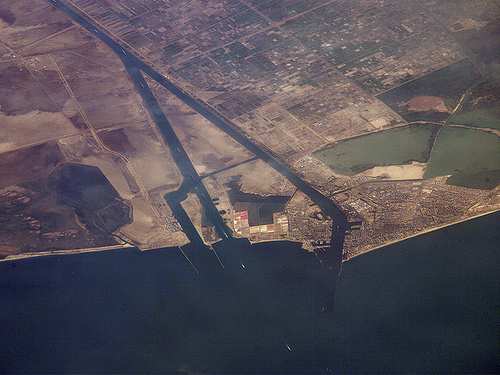