But in 1818, Marc Isambard Brunel patented a revolutionary new tunneling device: a special rectangular, cast-iron shield that supported the earth while miners dug it away in small increments. Bricklayers would follow the shield, building a twin-arch brick tunnel lining as they went. Investors formed a new company to back the tunnel, and Brunel, with the assistance of his 20-year-old son Isambard Kingdom Brunel, eventually succeeded in building the Thames Tunnel. 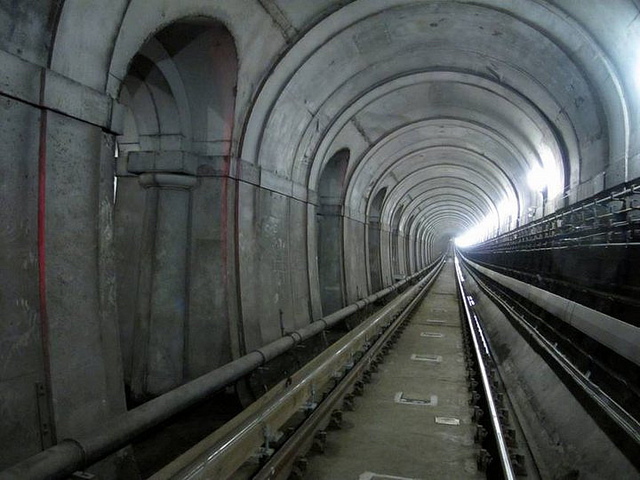 Beneath the Thames River