In 1876, after construction had resumed, chief engineer Lt. Colonel Thomas Lincoln Casey determined that the base was too shallow and narrow to support the weight of the planned monument. (At that point, the in-progress monument already stood over 176 feet.) Under Casey's direction, the earth below the foundation was replaced with concrete, as was the original rubblestone base.

The monument is topped by a 55-foot pyramidion that begins at the 500-foot level. It weighs 336 tons and is covered with 262 marble slabs, each seven inches thick. Special machinery, platforms, and derricks were designed to build and assemble the massive top, which took six months of labor to complete. 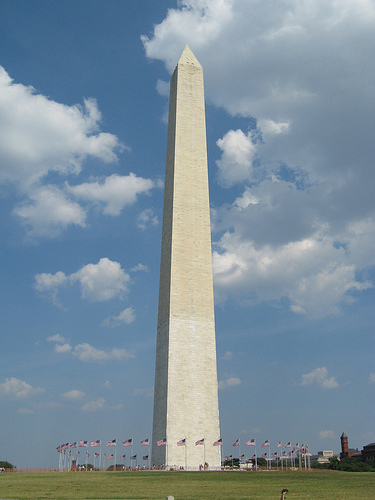