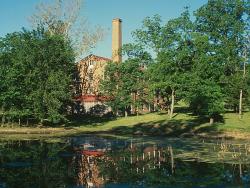 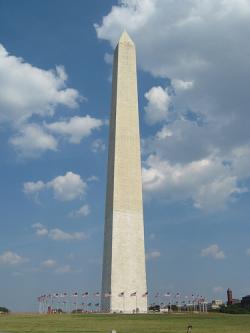 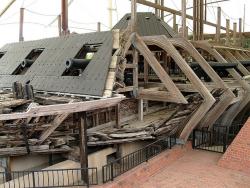 The Cairo is the sole survivor of the fleet of river gunboats built by the Union during the Civil War with the object of controlling the lower Mississippi River. Designed by Samuel Pook and built by James B. Eads, it saw limited battle and was sunk on the Yazoo River in 1862 by newly developed electronically detonated mines, becoming the first craft ever sunk by this predecessor to torpedo technology. The 175-foot ironclad vessel had 13 guns. 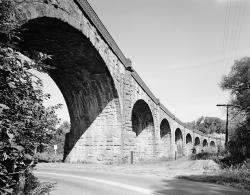 Opened in 1835, the Thomas Viaduct was the first multiple-arch, stone railroad viaduct in the United States. The viaduct is composed of eight arches each with a clear span of about 58 feet. The viaduct has an overall length of 614 feet and a height of about 60 feet above the Patapsco River. Construction of the viaduct began in August of 1833, and a ceremony marking its completion was conducted on July 4, 1835. The viaduct was constructed for the Baltimore and Ohio (B&O) Railroad and is named in honor Philip E. Thomas, who served from 1827 to 1836 as the first president of the B&O. 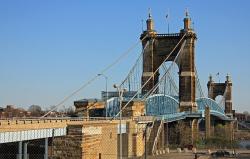 In 1866, the Covington and Cincinnati Suspension Bridge was the largest suspension bridge in the world. Also called the Ohio Bridge, it was officially renamed the John A. Roebling Bridge in 1983. It was the first permanent bridge over the Ohio River and the only public project in America financed by private investors during the Civil War.

Renowned bridge designer John A. Roebling proposed the structure in 1846; but building the bridge would become a 20-year saga, with heated lobbying both for and against the crossing.

Society: ASMEMain Category: MechanicalSub Category: WaterEra: 1850-1859DateCreated: 1859 Heritage State ParkHolyokeState: MAZip: 01040Country: USAWebsite: http://www.asme.org/about-asme/history/landmarks/topics-m-z/mechanical-power-production-water/-129-holyoke-water-power-system-%281859%29Creator: Holyoke Water Power Company, Herschel, Clemens
Known as the Paper City by 1877, this site was a major industrial center with extensive paper mills, textile mills, machine shops, and a water power system that had within a few decades transformed the fields of Ireland Parish into the manufacturing city of Holyoke. A group of Boston investors created the system of dams, canals, mills, streets, and boarding houses, which was incorporated as Holyoke in 1850. Built between 1847 and 1892 according to the original plan, the dam and canals provided work for Irish immigrants and the French Canadians, Germans, and other nationalities.
YearAdded:
1987
Image Credit: Public Domain (Produced Prior to 1/1/1923)Image Caption: Panoramic of the Holyoke Mills (The American Thread Company) on Holyoke Canal, 1909Era_date_from: 1859
Graue Mill 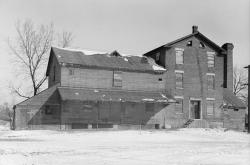