Wool was cleaned and dyed before being sent to the carding room where carding machines typical of pioneer mills prepared the fibers for spinning. Large revolving cylinders shaped the wool into a flat web of brushed fleece similar to cotton batting. Rollers then divided it into yarn-like ropes, which were wound onto large spools. The spools were mounted on machines that extended and twisted the ropes into finished yarn. Yarns were then arranged on a reel and rewound onto loom beams. After weaving, the cloth was treated in a fulling mill. Dry cloth from the fulling mill was napped, sheared, or pressed, often by machine.

Demand for woolen cloth had doubled during the Civil War, and Watkins prospered, adding a flour mill, general mill, and employee housing as part of the complex. As cloth sales declined in the 1880s, yarn sales became a major source of income. Watkins' sons continued to operate the business until the turn of the century. The family and later owners attempted to preserve the machinery, the mill, and the home until it was restored from 1964 to 1966. The mill is also a National Historic Landmark, and many of Watkins' records are in the archives of the Jackson County Historical Society in Independence. 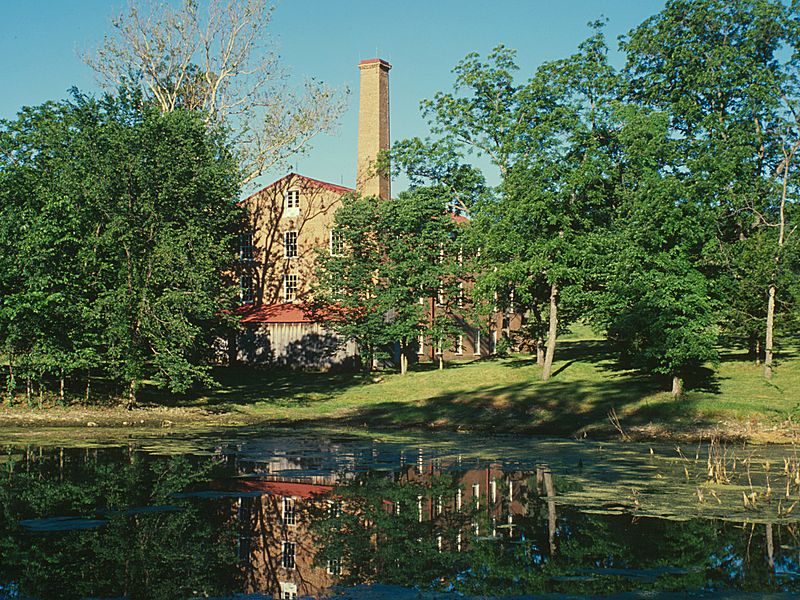