The "Land Ordinance of 1785" required that U.S. lands in the public domain be surveyed before sale, and that the surveys be made in accordance with a consistent, integrated system of lines grid-oriented to a true meridian (north-south reference line) and base line (east-west reference line), subdividing the land into approximately square parcels, called townships.

Thomas Hutchins, the first Geographer of the United States, drove his stake near East Liverpool, Ohio to mark the Point of Beginning of the Geographer's Line, the first westward base line. 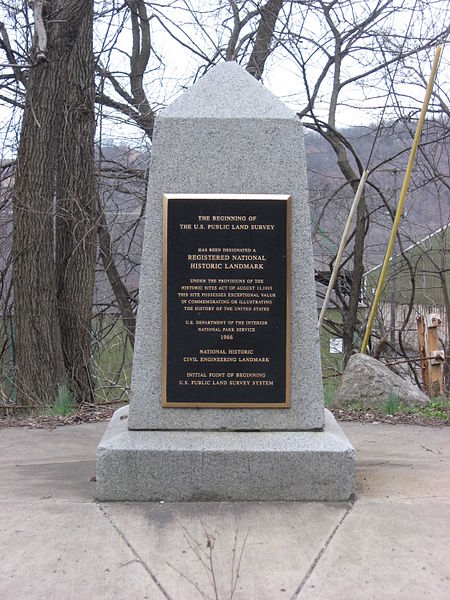 Courtesy Wikipedia/Nyttend
This monument marks the site that served as the basis for the entire Public Land Survey System — the system by which most of the United States, outside of the original colonies, was surveyed.
Address:
Harvey Avenue
East Liverpool, OH, USA