Discussions of the feasibility of interferometry spanning the continent, i.e., Very Long Baseline Interferometry or VLBI, began in 1960, and technical developments continued at various sites around the world until success was achieved in Canada in 1967. From its Canadian beginnings, VLBI has become an important technique for both radio astronomy and geodesy. It has been the central theme of over 3,500 papers in the scientific literature over the ten-year period 1999 to 2008, and the flow continues unabated.

The significance of VLBI was recognized almost immediately. In 1971, the American Academy of Arts and Sciences awarded the Rumford Prize to the members of three pioneering VLBI research groups, including the team from Canada that made the historic first observations and teams from: (1) MIT and (2) NRAO (National Radio Astronomy Observatory) and Cornell University that conducted important follow on work.

In the late 1970s the community of Canadian VLBI scientists proposed the next step: deployment of an array of large radio telescopes across the entire breadth of Canada which they referred to as the Canadian Long Baseline Array. Using VLBI techniques, the array would function as one giant imaging telescope. The project fell victim to a barren funding climate for science in Canada in the 1980s but the concept was used by US scientists to build the Very Long Baseline Array (VLBA) across that country. The VLBA has been a scientific success story since its completion in 1993.

Canadian researchers pursued VLBI research with the DRAO 26-m radiotelescope until 1988. In 1990 DRAO scientists and engineers became involved with the first extension of VLBI techniques into Earth orbit. The DRAO team designed and built a forefront correlator, a special-purpose digital processor that combined signals from a Japanese space telescope, VSOP, with ground based radiotelescopes around the world. VSOP was launched in 1997 and operated with superb effectiveness until 2003. In the process, it achieved many world firsts.

VLBI provides better angular resolution than any optical telescope and can reveal details within some of the most distant objects detectable. Astronomers use VLBI to provide crucial tests of General Relativity, to demonstrate definitively the existence of black holes in galaxy cores, to test the fundamentals of high energy physics, and to look back to the early Universe.

VLBI techniques also permits the position of objects on Earth and in the solar system to be measured with millimetre accuracy with respect to the ICRF (International Celestial Reference Frame) defined by distant quasars. On 13 August 2009, the XXVII IAU (International Astronomical Union) General Assembly adopted the second-generation ICRF2 as the fundamental celestial reference frame as of 1 January 2010. A complete description of ICRF2 is available in IERS (International Earth Rotation and Reference System Service) Technical Note 35. VLBI techniques are now routinely used: (1) to provide the basis for all terrestrial precision surveying, including the Global Positioning System, (2) to precisely track spacecraft on voyages to the planets, and (3) to make important measurements of the movement of crustal plates and to help predict earthquakes.

Short-baseline interferometry had been used in radio astronomy for high-resolution imaging since the 1940’s. Cables or (sometimes) radio links were used to connect two or more radio antennas to signal processing equipment. The distance or baseline between pairs of antennas in such interferometers was initially small but gradually became larger over time. It soon became clear that important astrophysical questions could be answered only by building interferometers with baselines greater than any cable or radio link could span.

The principal technical challenge of the first VLBI observations was to establish two independent receiver systems with individual clocks and recording devices that were sufficiently stable to maintain coherence over periods of many minutes and sufficiently sensitive to detect the very weak radio astronomical signals.

Scientists from across Canada worked together and applied great ingenuity to achieve a difficult goal within a limited budget. For example, the first VLBI observations were collected using surplus video recorders that had been purchased from the Canadian Broadcasting Corporation. 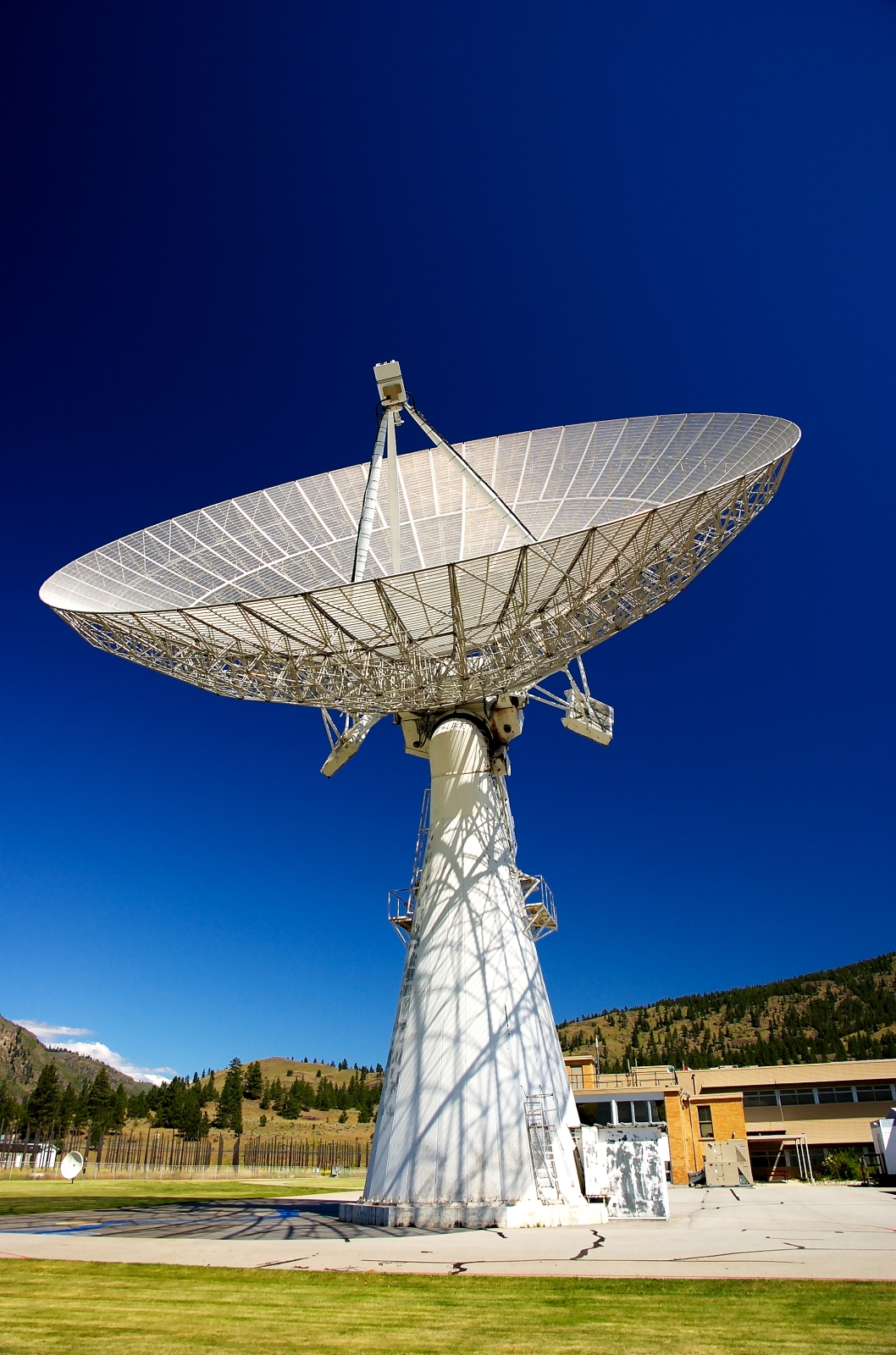