Model A7L, the seventh suit designed by NASA and ILC Dover, was the primary suit worn by astronauts on Project Apollo. The basic design consisted of convoluted, latex-dipped joints which allowed for ease of movement while maintaining near-constant enclosure. Other features of the A7L included: suit pressurization at 3.8 lbs per square inch (26 kPa); a continuous flow of cooling water provided to the liquid cooling garment; and radio communications back to Earth.

This model was manufactured as a primary flight suit for Edwin "Buzz" Aldrin as a member of the backup crew of Apollo 8. Aldrin later used this model as his primary training suit for the Apollo 11 mission. 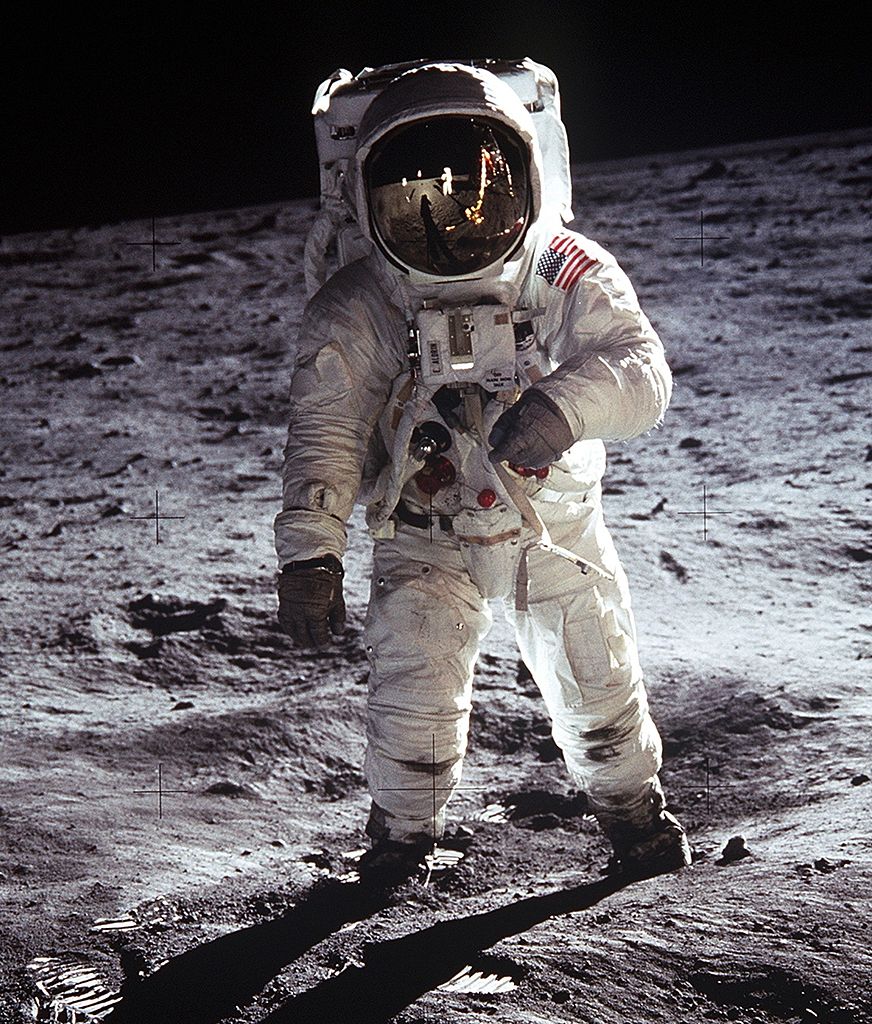