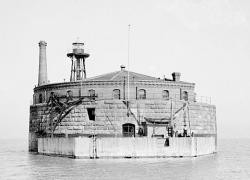 In earlier years, settlers either carried water in buckets from the Chicago River or bought water from peddlers who delivered water in horse-drawn wagons. A cholera epidemic stormed Chicago in 1849, claiming one out of every 36 residents. Many successive years of cholera and dysentery epidemics finally prompted the Illinois State Legislature to create a Board of Sewerage Commissioners to address the need for safe water.