Built with a single set of tracks consisting of hardwood rails and wooden ties, and using wooden trestles to carry it over low-lying areas, the 136-mile Charleston-Hamburg Railroad was one of the longest railroads in the world when it was completed in 1833. It also became the first railroad in the United States to be powered entirely by steam, the first to carry mail under contract, and the first to provide regularly scheduled passenger service.

The railroad's builders wanted to link the seaport of Charleston with the cotton-growing plains to its west, as well as the thriving river port of Augusta, Georgia. Because it used technology that relied on wood construction, which could be built quickly and updated easily, the Charleston-Hamburg line was able to expand at a rapid pace. The Baltimore and Ohio Railroad, in contrast, insisted on double tracks of iron over granite sills, with complex grading and bridge construction. While the B&O was chartered three years earlier than the Charleston-Hamburg line, it had covered only 14 miles by 1833. 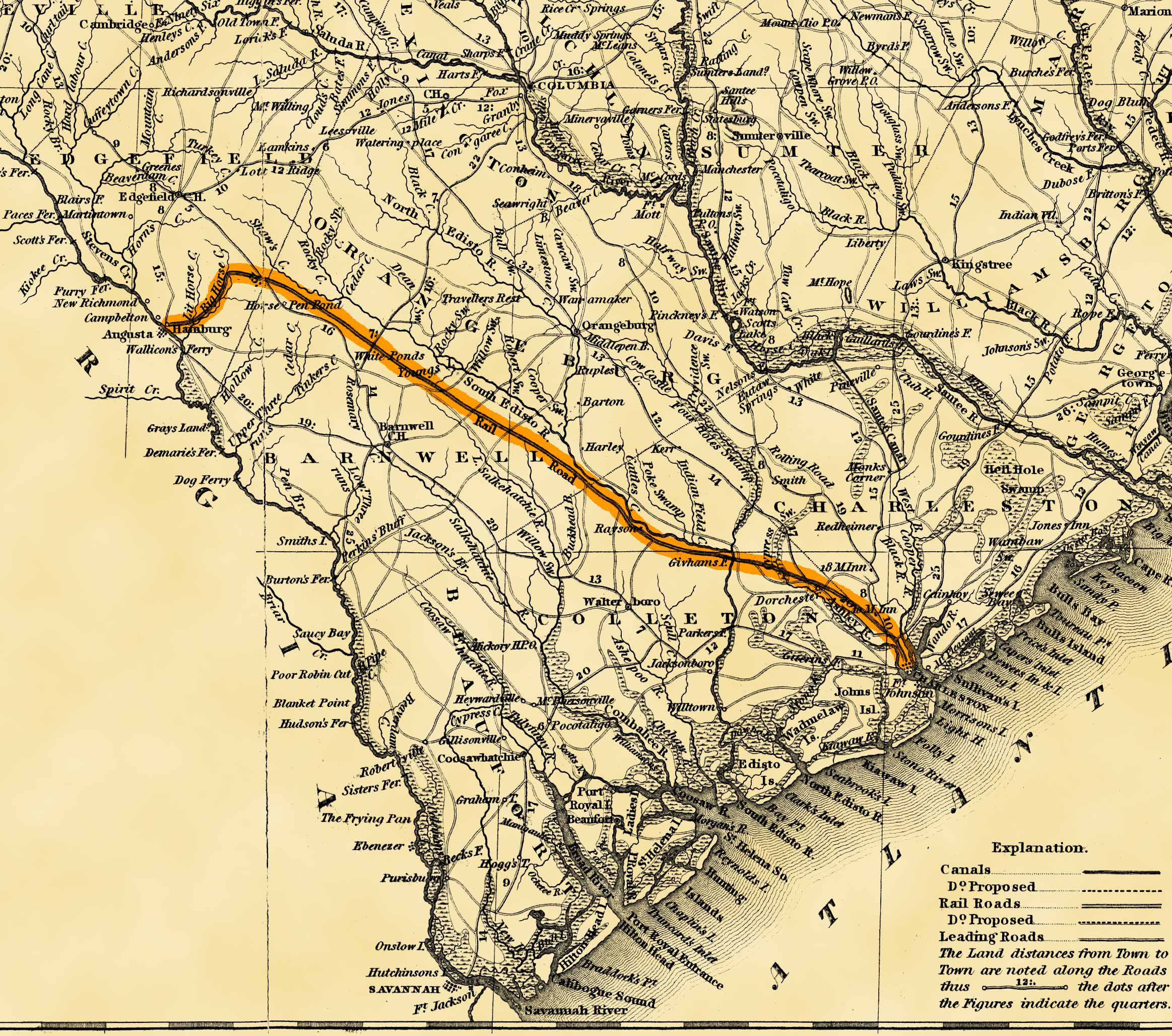 The earliest general map to show the South Carolina Canal and Rail Road Company's line which began in Charleston, S.C. It was completed to Hamburg, S.C., in 1833. Its 136 miles of track were then the longest in the world.
Charleston - Hamburg Railroad, also known as
Address:
Charleston, SC, USA