Early internal combustion engines produced only a few horsepower and were unable to replace steam engines in most applications until about 1890. By then, they were powerful enough for most portable or remote locations and many small manufactures. By 1900, they were replacing reciprocating steam engines for electric generation, and by 1915, they were being considered for all but the largest installations where steam turbines have dominated to date. Large reciprocating steam engines were limited to those situations where instantaneous reversal was required, such as for rolling mills, locomotives, and marine service. The Coolspring Power Museum exhibits examples of most of the early solutions and innovations that affected the marketability of the stationary internal combustion engine. There are a few that started as steam engines and were converted. The evolution of engine design is sometimes demonstrated by showing sets of engines from specific companies over time. Some are general-purpose prime movers and some are single purpose. Built up from the collections of John Wilcox and Paul Harvey (in the 1950s), this museum grew into possibly the largest US collection of internal combustion engine technology, including about 250 engines many of which are permanently mounted and operational. Housed in 10 buildings, many pieces are now placed here on loan. Many of the engines are large enough to have been headed for destruction if not acquired by the museum. There are few duplications in the collection, from a widely diverse number of engine makers. 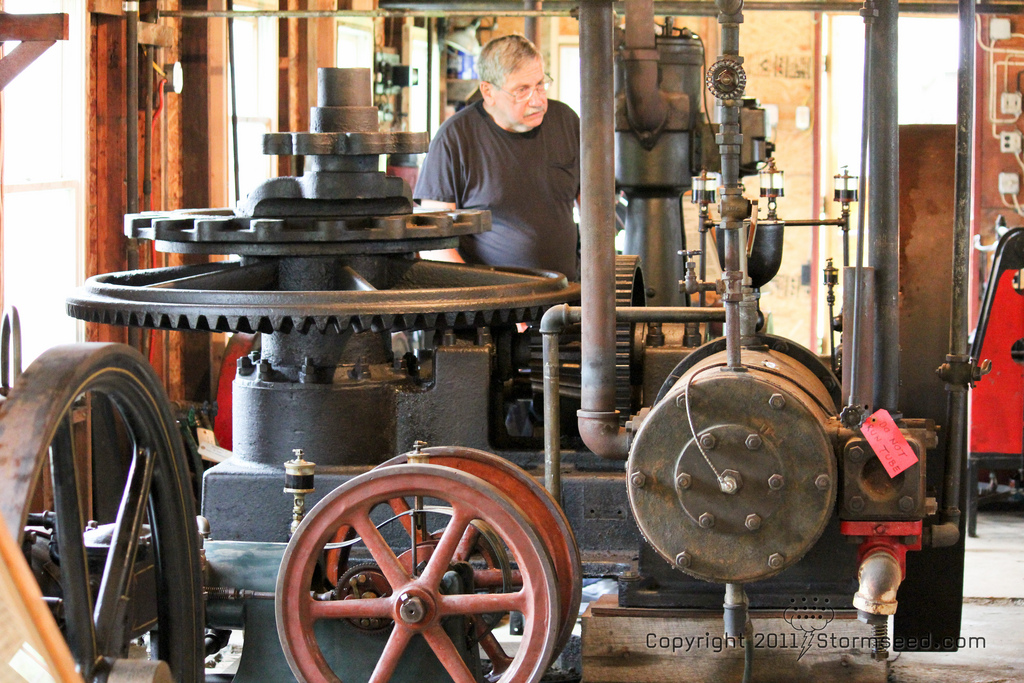