The Wheeling Suspension Bridge was the first bridge to span the Ohio River. It was initially completed in 1849, but destroyed by a tornado five years later. The bridge was rebuilt in 1856. The replacement bridge has the same general appearance of the original structure; the massive towers, anchorage housings, and island approach are all the original stone masonry.

In the early 1870s, auxiliary stay cables were added to strengthen the bridge according to a design by Washington Roebling. This effectively "Roeblingized" the appearance of the bridge suspension system, although the main cables and the vertical suspenders remained unaltered. Over the next 80 years, other improvements were made to the bridge to enable it to keep pace with changing traffic conditions. In 1956 the bridge was stripped to its towers, cables and suspenders, and completely overhauled. When reopened, the bridge served restricted traffic and still is limited to automobile and pedestrian use. 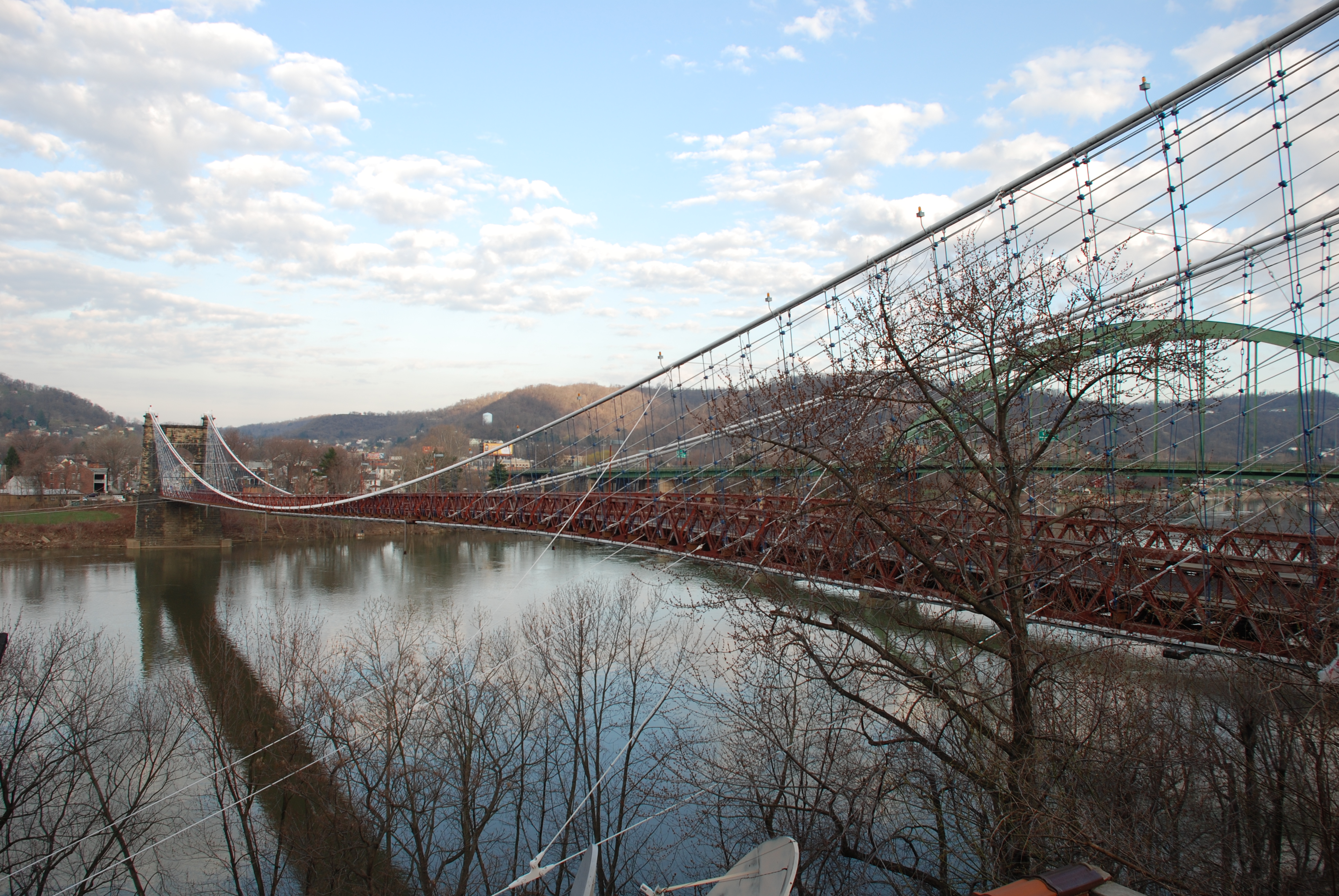