Built more than a century before the reign of Napoleon, Frankford Avenue Bridge on U.S. Route 13 in the northeastern portion of the city of Philadelphia is without doubt the oldest stone arch bridge America still in service on a major travel route and most likely the oldest stone bridge anywhere in the country. When it was constructed, each male member of the surrounding community was compelled to contribute a share of either labor or money.

The three-span bridge, intended originally to carry one of the first highways in America, the King's Road from Philadelphia to New York, was only 18 feet wide when first built with barely enough room for two teams of horse to pass each other. It was widened substantially in 1893 to accommodate trolley traffic and again in 1950, to accommodate automobile traffic. Pennypack Creek, which runs the length of 1600-acre Pennypack Park, is today stocked with trout annually as far downstream as the Frankford Avenue Bridge. 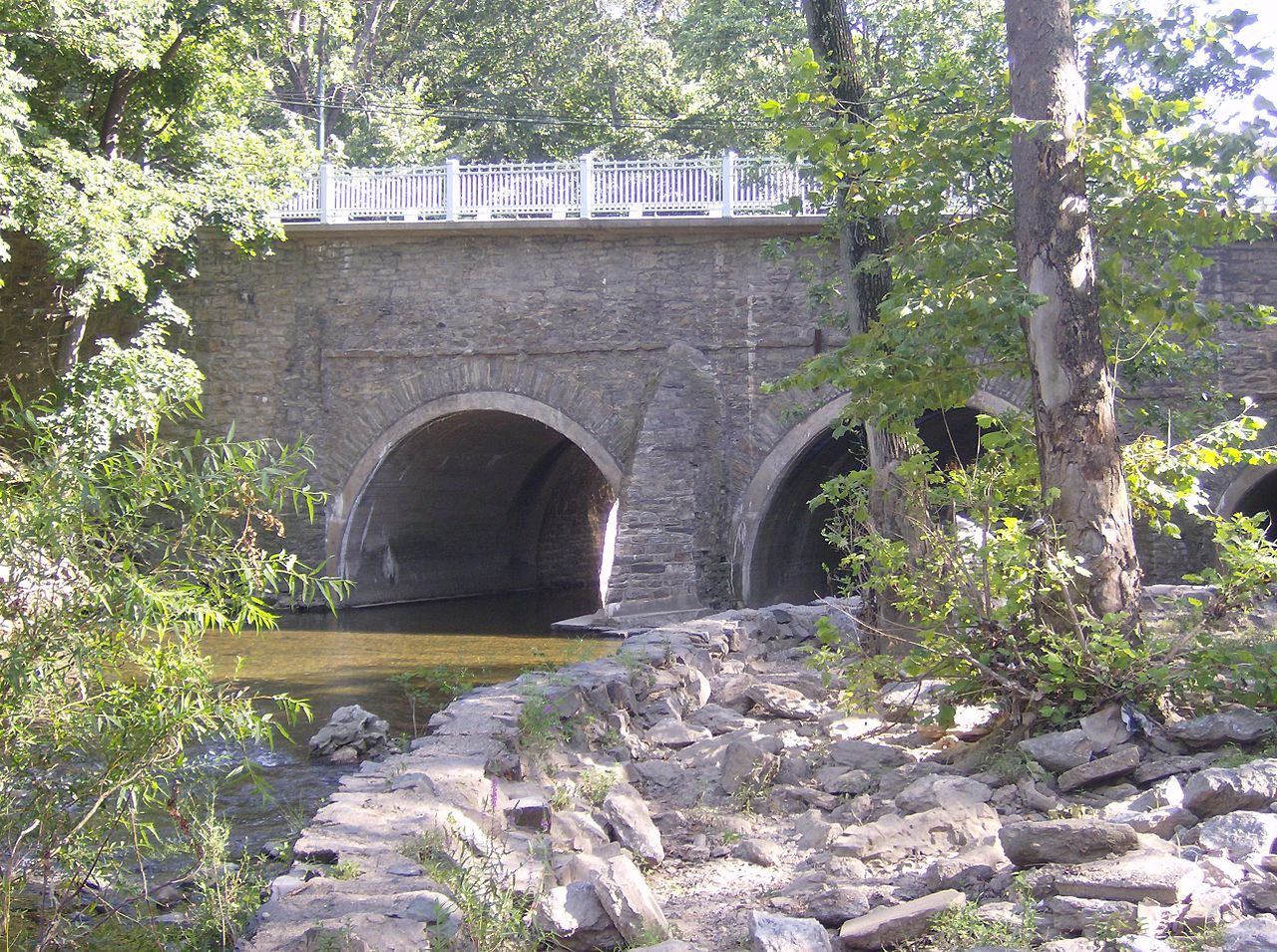