Havemeyer Hall was built between 1896 and 1898 under the leadership of Charles Frederick Chandler. It provided research and teaching facilities for faculty and students specializing in industrial, inorganic, organic, physical, and biological chemistry. Pioneering research done here led to the discovery of deuterium, for which Harold Clayton Urey received the Nobel Prize in 1934. Six others who did research here subsequently received the Nobel Prize, including Irving Langmuir, the first industrial chemist to be so honored, in 1932. The grand lecture hall in the center of Havemeyer remains the signature architectural feature of Charles Follen McKim’s original design. 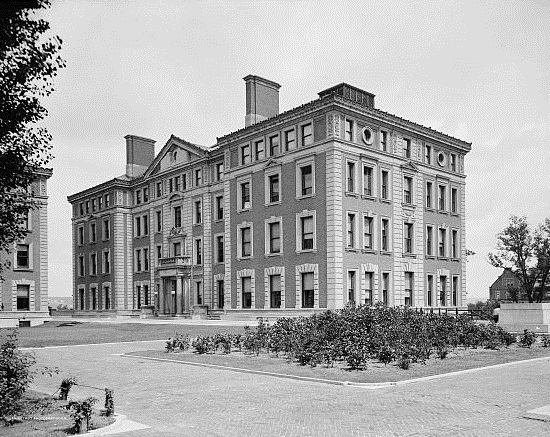