Designed, patented, and built by Thomas W.H. Moseley, this arched 96-foot span bridge preceded by years the standard use of wrought iron for bridges. For the first time in the United States, Moseley incorporated the use of riveted wrought-iron plates for the triangular-shaped top chord.

The bridge was originally located near Lawrence, Massachusetts where it served a thriving industrial area. Over the years it fell into disrepair and eventually was slated for demolition. In 1989, the bridge was taken down and reconstructed on the campus of Merrimack College in North Andover. Civil engineering students restored the structure which now spans the school's reflecting pond. 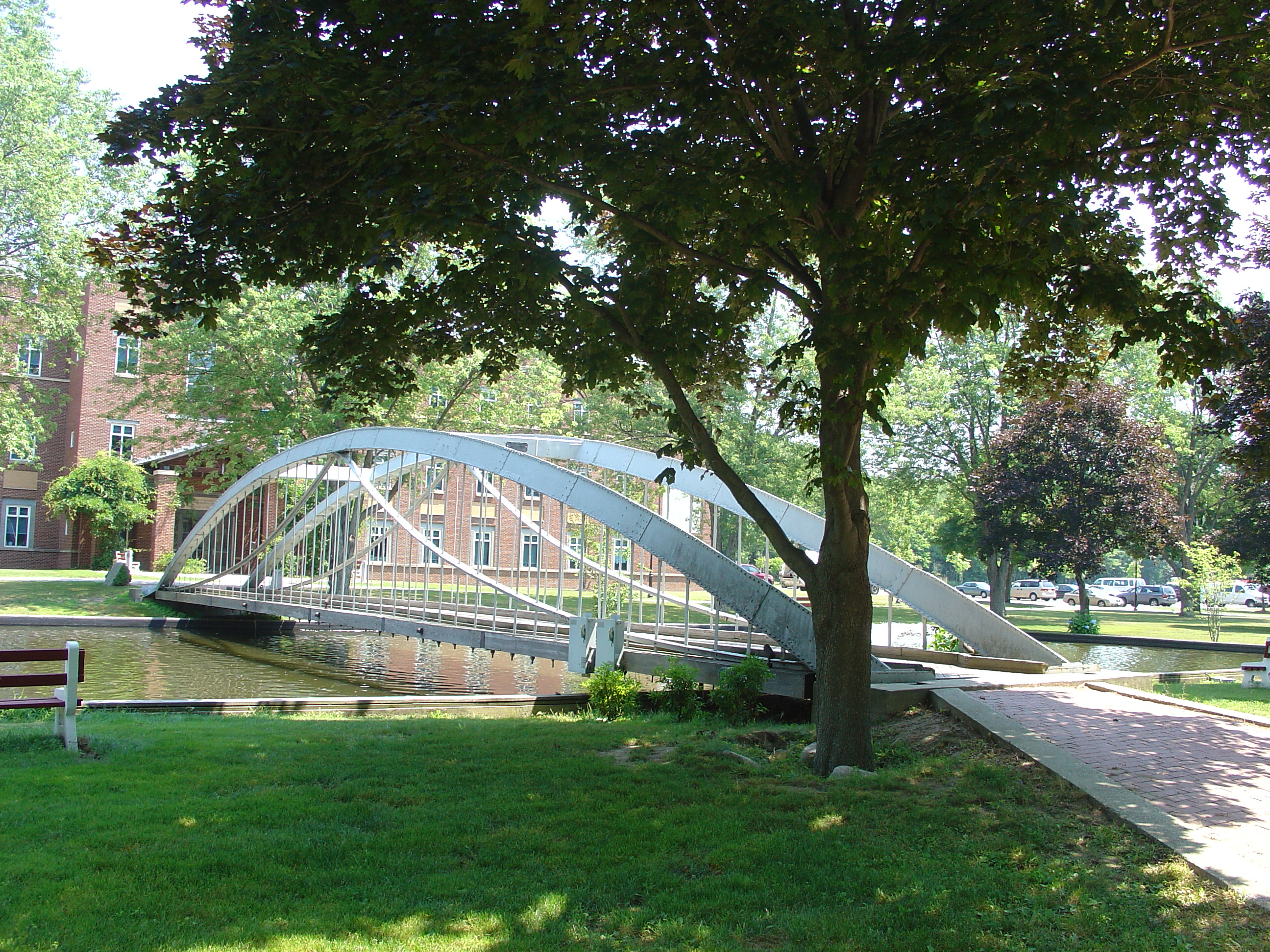