The Port Washington Power Plant of the Wisconsin Electric Company was the most thermally efficient steam power plant in the world for many years following its opening in 1935. Its design reflected the cumulative experience of the utility's engineers in burning pulverized coal at the Oneida Street Plant and the Lakeside Station in Milwaukee.

Port Washington was planned to meet the growing demand for electricity and was built during the Great Depression. Record efficiency and increasing reliability continued at the plant until newer plants surpassed it in 1948. The success of the Port Washington plant accelerated the adoption of pulverized coal burning for central power plants in the United States.

Comments from Visitors/Members:
1992 Survey by Herbert W. Jerke: One of five steam turbines was decommissioned in 1989. Other four units are currently being renovated for further use. 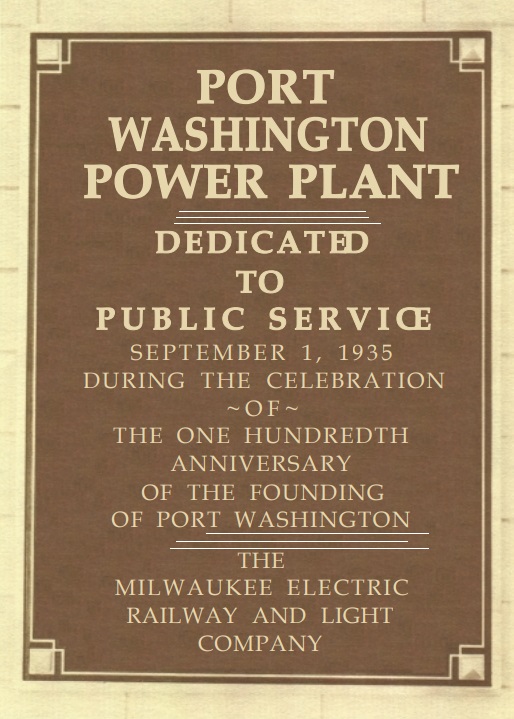 Courtesy ASME
The dedication of Port Washington Power Plant coincided with the 100th anniversary of the founding of the city in which it is located.
Address:
Wisconsin Electric Power Company
231 West Michigan
Milwaukee, WI, USA