A combination of design flaws and management errors caused the first bridge to collapse before completion in 1907. The disaster led to new research and testing methods and better designer-contractor coordination. In 1916, a redesigned 5,000-ton center span was jacked into place from barges, but as thousands of spectators watched, it too crashed into the river when a jack bearing failed. Undaunted, the city and its engineers made a third attempt, duplicating the second design. A year later, the bridge was finally complete. It remains the longest cantilever railroad span ever built. 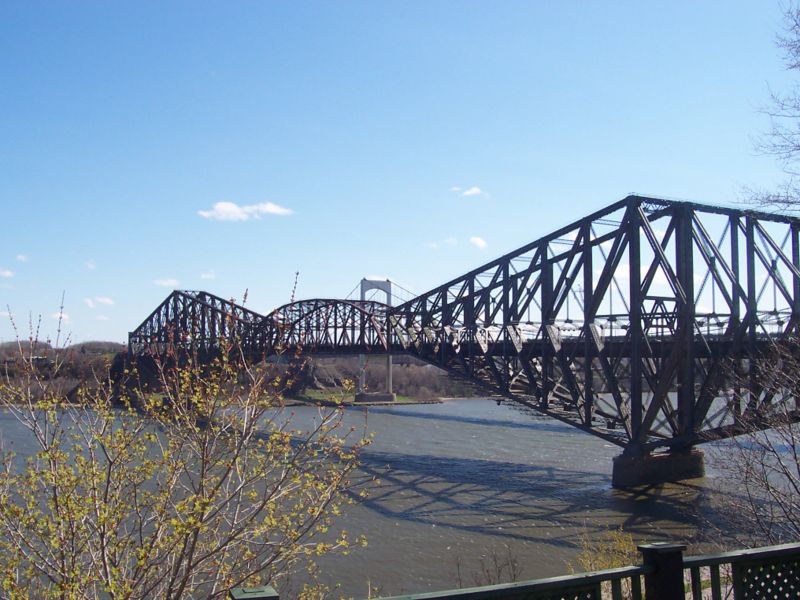