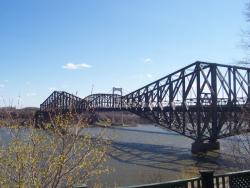 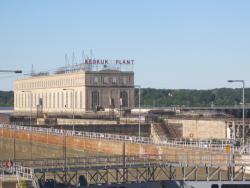 Spearheaded by Hugh Cooper, the Keokuk Dam & Power Plant served as a prototype for many future power plants. The project harnessed the hydropower of the Mississippi River, between Keokuk, Iowa and Hamilton, Illinois.

The crest of the dam is nearly a mile long. The dam structure features 119 arch spans between six-foot-thick piers and a 110-foot-wide pneumatic lock. Combined with the lock, the dam reduced travel time for steamboats by nearly two hours.