Located at the northern tip of Michigan where Lake Superior, Lake Michigan, and Lake Huron join together, the Sault Ste. Marie Hydroelectric Power Complex was built to harness the hydroelectric potential of the  20-foot falls at the headwaters of the St. Marys (sic) River, the sole outlet of Lake Superior. A century after its construction, the  plant remains the largest low-head hydroelectric facility in the United States. Today, the Sault Ste. Marie plant supplies electricity to area residents, especially those in the Upper Peninsula of Michigan.

In order to secure customers in a relatively remote region, the plant's developers signed long-term contracts to sell power at a low cost, thus requiring the construction of a large-scale plant. The need to create maximum output within economic and geographic constraints presented a multitude of practical problems, which were solved by an extensive staff of civil engineers, several of whom went on to celebrated careers in the profession. 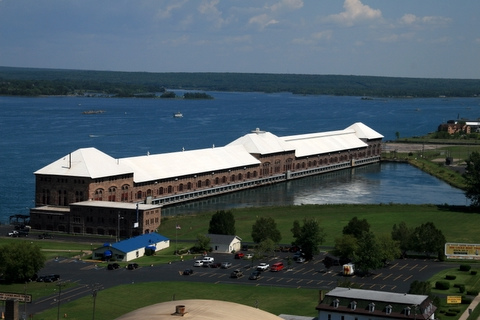