This is one of the largest structures constructed by the King Iron Bridge Company, prominent bridge builders in the late nineteenth century. The bridge was designed by Zenas King, the company's founder. Fears that the old wooden bridge would collapse before the iron replacement was finished prompted the company to complete erection in just two and a half months. The bridge was restored in 1982, and is one of the last remaining truss bridges of its type. 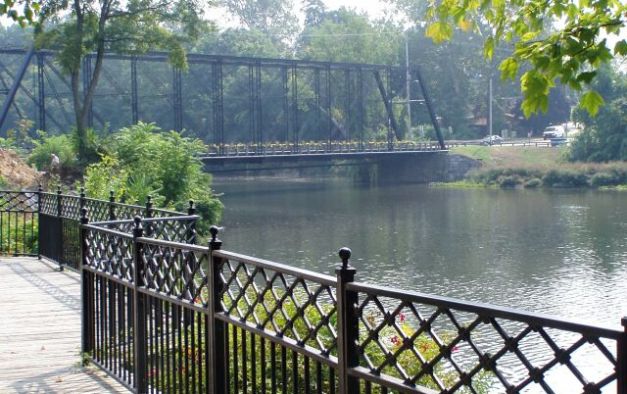