The Triborough Bridge Project is a three-branched waterway crossing that connects Manhattan, the Bronx, and Queens at a junction of the East River and the Harlem River in New York City. The complex structure includes a suspension bridge from Wards Island to Queens, a vertical lift span from Randall's Island to Manhattan, a fixed span (designed to be convertible to a lift span) across the Bronx Kills, viaducts, and an innovative three-legged roadway interchange.

To meet the project's aggressive construction schedule, over 2,000 study drawings and 9,000 working drawings were created in just 30 months. As many as 250 engineers were hired to supervise the 65 individual project contracts.

The bridge was the first one built by the Triborough Bridge and Tunnel Authority (TBTA) during the Great Depression. It proved that toll bridges in New York could generate significant revenue, and this structure's financial success led to the funding of several subsequent TBTA crossings.

In 2008, the bridge was officially renamed the Robert F. Kennedy (RFK) Bridge who served New York as a senator. 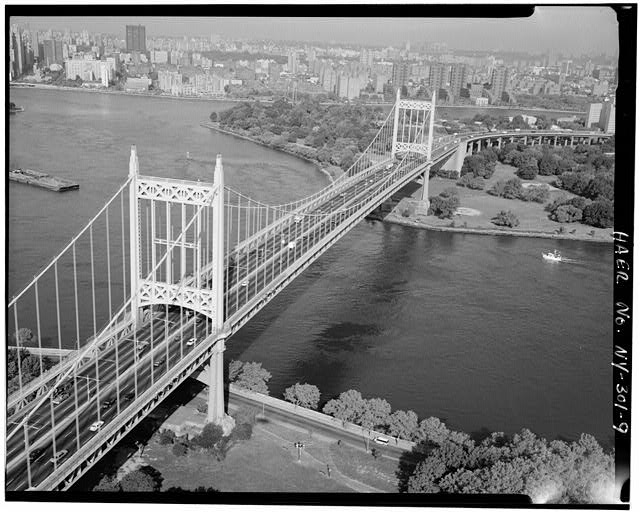