The precision "choreographed" staging of Radio City Music Hall offers size and versatility, unlike any other. Built in 1932 by Peter Clark, its innovative elevator system is a forerunner of other stage designs (including the Metropolitan Opera House) as well as aircraft carrier systems built in World War II. These elevators can handle people, animals, props and scenery at variable speeds, delivering them to the stage or above and also dropping out of sight in front to reappear again in the back, just as effectively.

The music hall opened December 27, 1932, to acclaim as the "greatest achievement of the theatrical world" (New York Times). Popular Mechanics, April 1950, described it as a "hall of a thousand illusions." As it did then, the stage (100 feet wide) consists of four moveable platforms (two pistons each), one of which carries the orchestra’s bandwagon. The orchestra bandwagon is a self-propelled car, accommodating a 35-piece orchestra and its accouterments including two grand pianos. It typically travels some 200 feet a show, horizontally or vertically along an elevator shaft that allows it to shuttle back and forth from the sub-basement level or to the rear of the stage. "Jumping on the bandwagon" has never been so apropos.

The other three platform stages (each 70 feet wide and 12-16 feet deep) move, using the hydraulic system, independently or together from a point 27 feet below to 13 feet above the stage level, at a rate of 1 foot a second. When the three platform stages are at the same elevation, they can combine into a 43-foot diameter turntable that rotates (on rollers driven by a motor) in either direction. The staging then can be programmed to coordinate with the performances.

Originally, the eight-piston hydraulic system used synchronizing gears to automatically equalize the plungers. Special water (treated against bacteria) was pumped through pipes at 400 pounds pressure per square inch. The system used a 20,000-gallon pressure tank, built to raise or lower 190 tons of stage and could hoist an additional 96,000 pounds. The elevators were equipped with automatic pre-set stops or manually operated push-button stations, set from a bronze control panel.

An eight-month renovation of the entire hall was completed in the fall of 1999, which included an overhaul of the hydraulic system and its controls. Today, the staging is choreographed from a computer, which was designed and installed by J.R. Clancy of Syracuse, N.Y. The original control panel has been updated, however, and is operational. 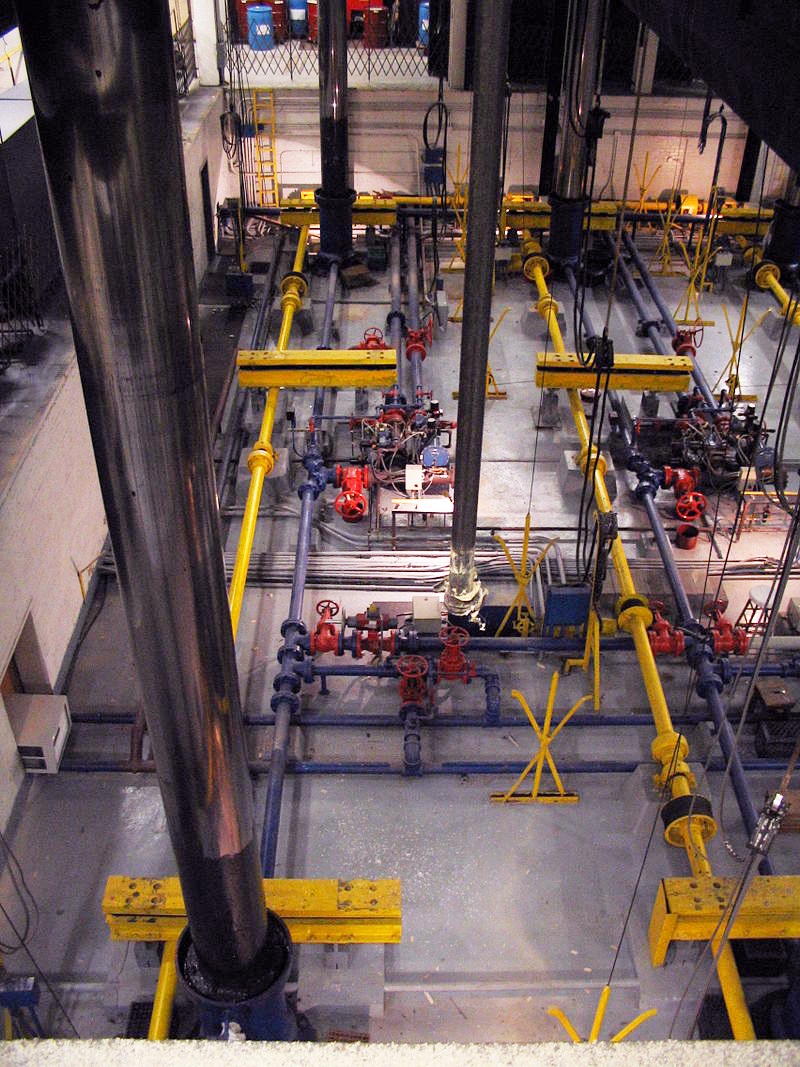