A product of the Northern California Gold Rush, the Bridgeport Covered Bridge is believed to be the longest, single-span, wooden covered bridge in the United States. Crossing the south fork of the Yuba River at a span of 233 feet, the bridge was built by the Virginia City Turnpike Company as part of a 14-mile toll road authorized by the California state legislature. The toll road was an essential link connecting Virginia City, Nevada, and the silver-producing Comstock Lode with the centers of California commerce.

The Bridgeport Covered Bridge is unique in its design, a combination of truss and arch design apparently taken from a plan by bridge-designer Theodore Burr for a span across the Hudson River. One of only ten covered bridges remaining in California, the bridge is sheathed in more than 27,000 sugar-pine shingles. The laminated arches, anchored by massive granite blocks and built of Douglas Fir cut by the Virginia City Turnpike Company, are visible from both inside and outside the bridge. 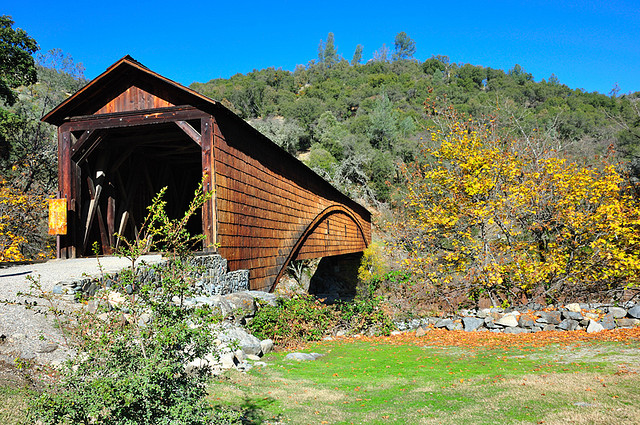