At a time when steam power was finding its first uses in America, Philadelphia opened two steam pumping stations, January 1801, to lift water from the Schuylkill River and distribute it through the city's wooden pipes and mains. By 1811 a new water power works was begun on the river near Morris Hill, and the Fairmount Water Works opened September 7, 1815. These water works represented the first large-scale application of steam pumping to water service in the country.

The new works were powered by a Boulton and Watt condensing steam engine that had been salvaged and a high-pressure engine designed by Oliver Evans (1755-1819). Steam boilers, at that time, were costly and Evans' exploded twice. By 1822 the city returned to waterwheels and pumps, including double-acting force pumps designed by Frederick Graff, Sr. In 1851 the first Geylin-Jonval water turbines were installed. All the waterwheels were replaced by turbines by 1866. The wooden mains had been replaced by iron ones in 1820, and by 1849 cast iron piping had replaced the wooden distribution system. 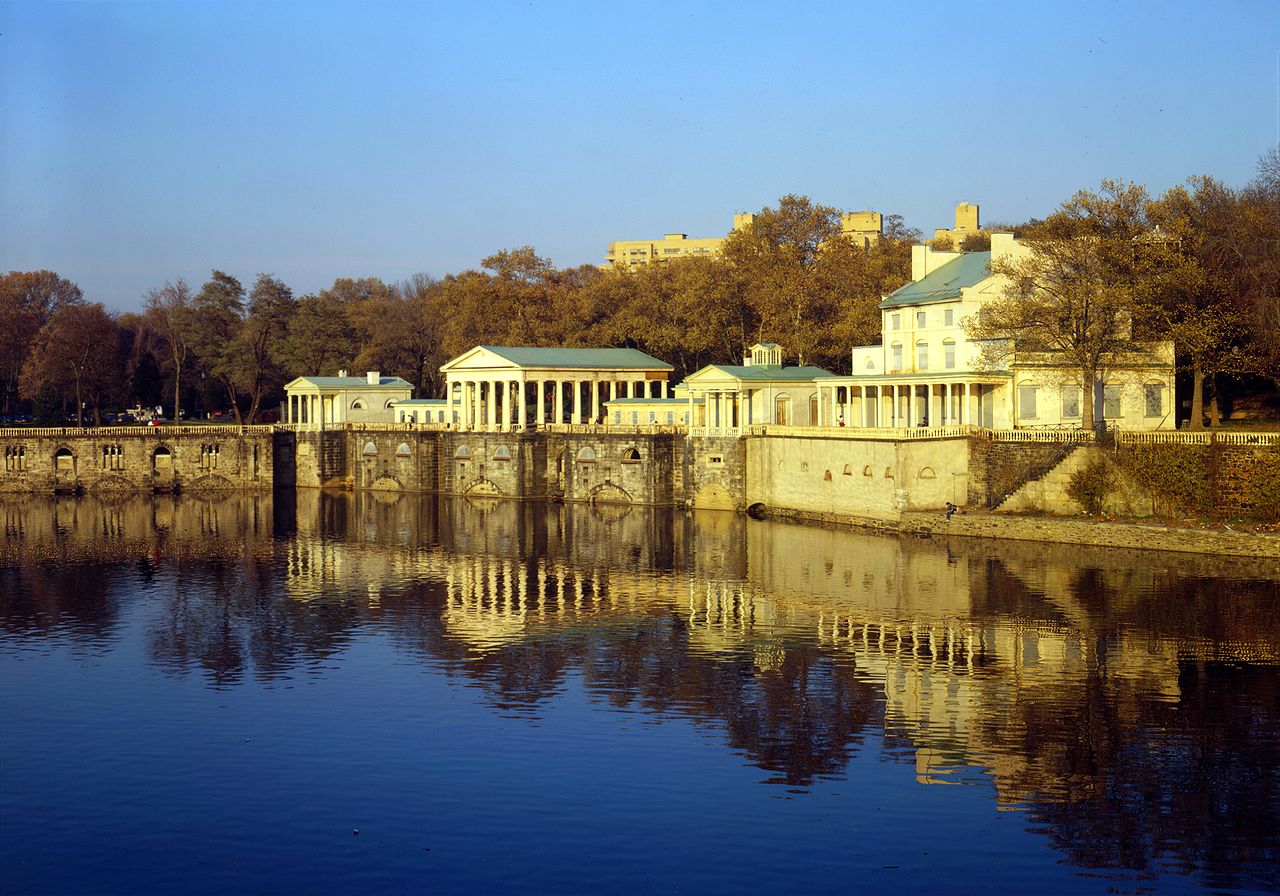