Originally designed to contain two B-29s, the huge hangar can test aircraft in any operational condition, except flying. Projects have advanced not only climatic simulation and testing but also concepts for refrigeration and insulation, dedicated instrumentation for evaluating turbojet performance, and surveillance and control systems. Some of the tests conducted there include insulation tests on the space shuttle tiles, weather data collection from drifting oceanic buoys, deicing fluids for aircraft wings, electrical contacts under icing conditions, and arctic personnel survival. Ten chambers built in addition to the main hangar include a temperature and humidity room, salt-test room, and rooms for wind, rain, dust, desert, tropic, and jungle climates.

Colonel Ashley C. McKinley, USAF, was the first to suggest that all U.S. aircraft should be able to operate -65 F and that a refrigerated hangar be built to test compliance. The first operational test was conducted May 1947. 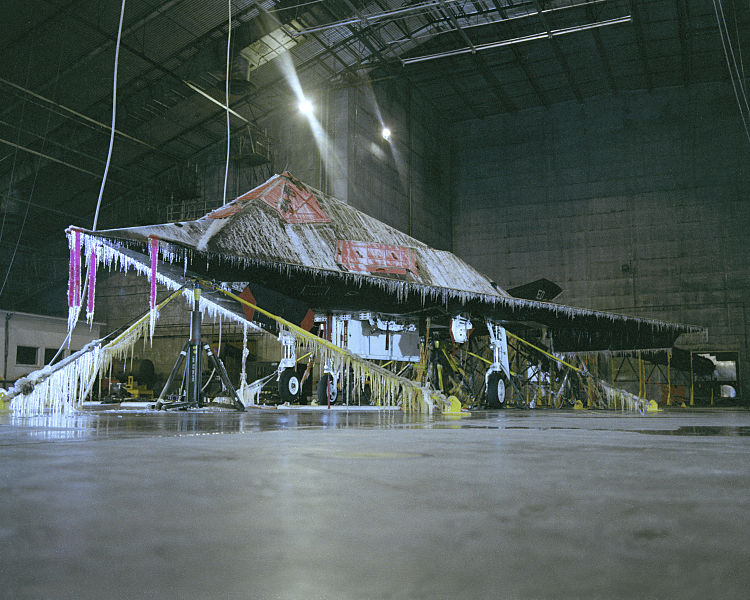