Water wheels have been used to power mills and pumps for centuries. However, the traditional water wheel was inefficient: water hitting a bucket would splash back against the next bucket, slowing the wheel. This is especially true when water is delivered to the buckets under very high pressure.

Millwright Lester A. Pelton worked in the Mother Lode region during California's gold-mining era, where innovative miners had learned to concentrate a stream of water under very high head, through a nozzle and against banks of dirt and gravel in a process called hydraulic mining. Pelton experimented with high-head nozzles and water wheels, tinkering with at least 40 different configurations until he developed a split bucket water wheel.

Pelton's impulse water wheel was a key to tapping the vast waterpower of the mountainous American West. The Pelton wheel is still used throughout the world for generating power where sources of high-head water are available. 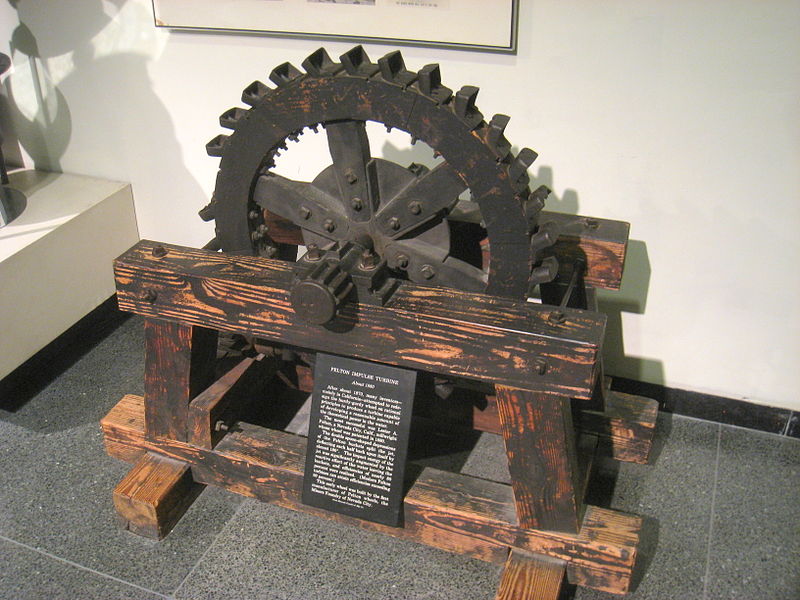