The Stanford Linear Accelerator Center was renamed in 2009 to the SLAC National Accelerator Laboratory.

Notable for: unique electromechanical devices and systems in the longest accelerator in the world

The Stanford two-mile accelerator, the longest in the world, accelerates electrons to the very high energy needed in the study of subatomic particles and forces. Experiments performed here have shown that the proton, one of the building blocks of the atom, is in turn composed of smaller particles now called quarks. Other research here has uncovered new families of particles and demonstrated subtle effects of the weak nuclear force. This research requires the utmost precision in the large and unique electromechanical devices and systems that accelerate, define, deliver, and store the beams of particles and in the detectors that analyze the results of the particle of interactions. 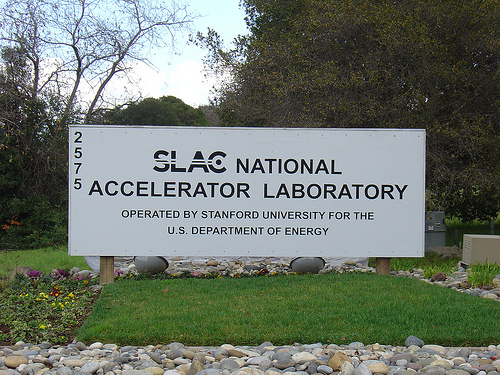