A Day's Pay According to tunnel records, the following pay rates were established for the 600-700 laborers required for this project:

The St. Clair River Tunnel provided an efficient connection between eastern Canada and the U.S. railroads serving the plains states. Before the tunnel was built, east- and west-bound rail traffic had to detour south of the Great Lakes in a large circle route, or else rely upon ferry transfer of cargo.

Prior to the tunnel's completion, a railroad had never been able to pass beneath a river. Until the early 19th century, the construction of tunnels in soft ground under rivers was completely impractical. This changed with the introduction of the tunneling shield, the function of which was to support the ground while the lining was constructed. The rectangular iron shield was pushed ahead into the ground by screw jacks bearing on the cast iron lining behind the shield. Compressed air was used to reduce water and material inflows during tunneling. Two airlocks were constructed in each bulkhead to allow men and materials to pass through. 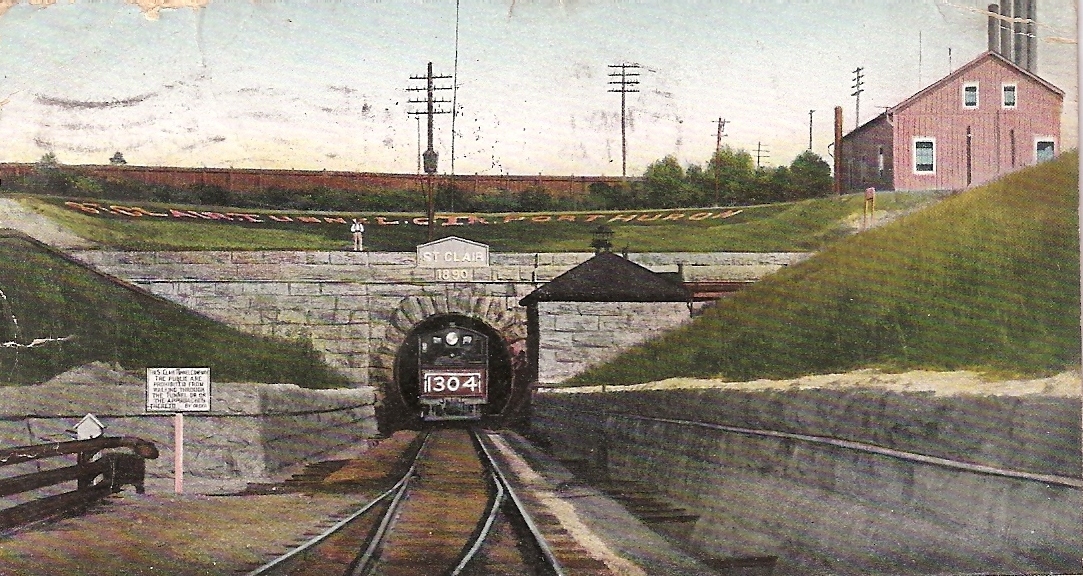 Beneath the St. Clair River