With the discoveries of South Africa's diamonds in the 1860s and gold in the 1880s, immigrants flooded into Cape Town and changed it into a major commercial center. Unfortunately, its water supply had not kept pace with the population growth.  After several droughts and years of inadequate water supply, the Woodhead Tunnel was constructed between 1887 and 1891. When it failed to solve the water shortage problem, the Municipality of Cape Town determined that a dam and reservoir needed to be built. The Woodhead Dam was constructed across Disa Gorge to create an adequate water supply, thereby enabling Cape Town to avert water shortages and install waterborne sewerage. They hired a young and inexperienced Scottish engineer, Thomas Stewart (M. ICE and 2nd President SAICE), to design and manage this project.  Their confidence was not misplaced and the structure was a complete success.

Located on the "Back Table" plateau south of the well-known flat top of Table Mountain, access to the dam site was difficult. Stewart used several innovative techniques to complete this project in such a remote area, including an aerial cableway completed in 1893 to carry men and construction materials up to the dam site. The horizontal length of the Kasteels Poort Cableway was 1,613 m (5,290ft) and it rose a vertical height of 665 m (2,180ft) in fourteen spans.  The longest span was 451 m (1,480ft) in length and the usual load was 544 kg (1,200lb).  The magnitude of the cableway undertaking can be gauged from the fact that the wire hauling-rope was 3,720 m (12,200ft) long and weighed 2,700 kg (3 tons).

The structure's successful completion paved the way for the construction of sister dams and reservoirs that continue to supply water to Cape Town and environs, and established young Mr. Stewart as a leading water engineer and a reliable consultant.  Due to increased water consumption, Woodhead Dam was quickly followed by Hely-Hutchinson Dam, constructed between 1898 and 1904, and then by Victoria, Alexandra, and de Villers Dams, which were all designed and built by Thomas Stewart. Mr. Stewart is still known today as the father of consulting engineering in South Africa. 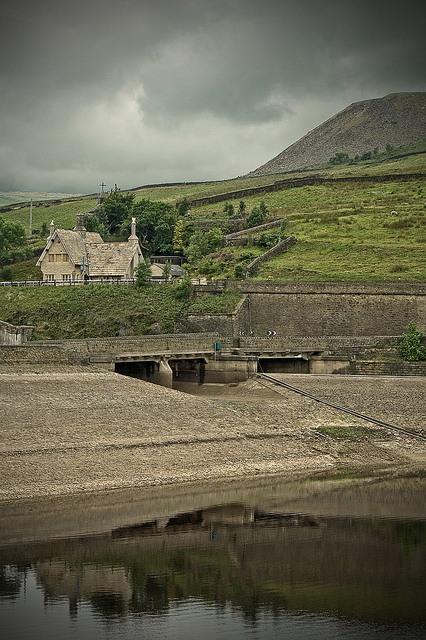