The first transmission of intelligible speech over electrical wires took place on 10 March 1876. Inventor Alexander Graham Bell called out to his assistant Thomas Watson, “Mr. Watson, come here! I want to see you.” This transmission took place in their attic laboratory located in a near here at 5 Exeter Place. A pioneer in the field of telecommunications, Alexander Graham Bell was born in 1847 in Edinburgh, Scotland. He moved to Ontario, and then to the United States, settling in Boston, before beginning his career as an inventor. Throughout his life, Bell had been interested in the education of deaf people. This interest led him to invent the microphone and, in 1876, his “electrical speech machine,” which we now call a telephone. The first transmission of voice over electric wires was from Alexander Graham Bell to his laboratory assistant Thomas Watson on March 10, 1876. This historic event was marked by Bell’s famous phrase, “Mr. Watson, come here! I want to see you.” This first telephone transmission took place at the Bell & Watson laboratory located at 5 Exeter Place in Boston. News of Bell’s invention quickly spread throughout the country, even throughout Europe. The first long distance telephone call was made on August 10, 1876 by Bell from the family home in Brantford, Ontario to his assistant located in Paris, Ontario, ten miles away. By 1878, Bell had set up the first telephone exchange in New Haven, Connecticut. Long distance connections were made between Boston, Massachusetts and New York City by 1884, (the year IEEE was founded.) In 1876, Bell got a patent for the telephone and started the Bell Telephone Company with others in July, 1877. Two years later, this company joined the New England Telephone Company to form the National Bell Telephone Company. In 1880, they established the American Bell Telephone Company, and in 1885, American Telephone and Telegraph Company (AT&T), still a large enterprise today. Electric communication has had a long evolving history. It began with early telegraph inventions by Wheatstone, Morse, Hughes, Henry, and has continued with the submarine cable, and with pioneers like Marconi and Popov. These early telegraphic innovations and Marconi’s wireless system were improvements in the way people communicated with each other. Yet, the invention of the telephone was a quantum leap over all previous technologies. By allowing individuals to communicate remotely and instantly from the safety of their home, the telephone has had global, pervasive, and profound impacts on mankind. 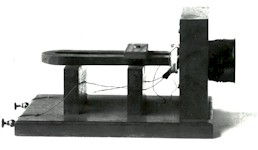