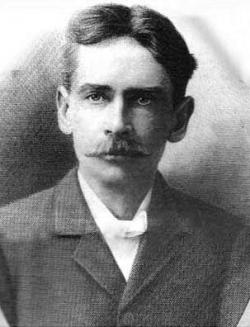 Society
IEEE
Main Category
Electrical
Sub Category
Power, Energy & Industry Application
Era
1880-1889
Date Created
1886
Location Country
us
Coordinates
42.19856, -73.361188
Address1
Cottage and Mill Streets
City
Great Barrington
State
MA
Country
USA
Website
http://www.ieeeghn.org/wiki/index.php/Milestones:Alternating_Current_Electrific…
Creator
Stanley, William
"On 20 March 1886 William Stanley provided alternating current electrification to offices and stores on Main Street in Great Barrington, Massachusetts. He thus demonstrated the first practical system for providing electrical illumination using alternating current with transformers to adjust voltage levels of the distribution system." (The plaque can be viewed in Stanley Park, on the corner of Cottage and Mill streets, in Great Barrington, MA, U.S.A.) On March 20,1886, William Stanley demonstrated the first practical system for providing electric illumination with the use of alternating current, and transformers to adjust the voltage levels of the distribution system. This event took place on Main Street in Great Barrington, Massachusetts. Stanley's technique in 1886 was virtually identical to the system used for the distribution of electric power today. The alternating current system (using transformers) eventually replaced Thomas Edison's direct current system because of the ability to efficiently adjust voltage levels in different parts of the system so as to minimize the inherent power losses associated with distribution. This was not possible in the direct current system because transformers do not work on "D.C.". A Siemens steam engine driven alternating current generator, located in "an old rubber mill" near Cottage Street in Great Barrington, provided the power for Stanley's pioneering distribution system. This power system was actually placed in operation on March 6, and the following two weeks were utilized for "research and development" before the public demonstration. Stanley designed and built his own transformers for this installation. He demonstrated their ability to both raise and lower voltage by stepping up the 500-volt output of the Siemens generator to 3000-volts, lighting a string of thirty series-connected 100-volt incandescent lamps, and then stepping the voltage back down to 500-volts. Wires were run from his "central" generating station along Main Street in Great Barrington, fastened to the elm trees which lined that thoroughfare. A total of six step-down transformers were located in the basements of some Main Street buildings to lower the distribution to 100-volts. A total of twenty business establishments were then lighted using incandescent lamps. Stanley's demonstration of raising the generator voltage to 3000-volts and then back down again was exactly the same concept as employed in present day power systems where a " generator step-up" transformer is used to raise the system voltage to a very high level for long distance transmission, and then "large substation" transformers are used to lower the voltage to some intermediate level for local distribution. The transformers located in the basements of the buildings correspond, of course, to the transformers now used to step voltage down to the ultimate level for actual use by individual customers. Therefore, Stanley's installation in Great Barrington was the first such system to include all of the basic features of large electric power systems as they still exist over one hundred years later.
Tags
Stanley
Alternating
Current
Circuit
Transformer
Voltage
Barrington
Core
Core
Great Barrington, MA,  Dedicated 2 October 2004 -- IEEE Berkshire Section,
Image Caption
Alternating Current Electrification