The nose profile, starting with the original "000 series, was reportedly based on that of the DC-8 airliner, which represented the state of the art of international air travel at the time. The Shinkansen standard track gauge of 1,435 mm enabled 25 m long bodies to be built 400 mm wider than previous conventional trains running on the standard Japanese 1,067 mm gauge. Initially formed as 12-car units, all cars were powered, relying on a new 25 kV AC (60Hz) overhead supply. Power was provided by 185kW traction motors driving each axle.

By 1992, the number of passengers transported by Shinkansen was over 600,000 a day on an average, reaching about four times of those carried by airplanes. The 0 series of shinkansen cars are on display at several locations around the country, including transport museums in Tokyo and Osaka. Also, end vehicles from the "WIN350" and "STAR21" test trains are also on static display at the RTRI wind tunnel facility in Maihara. 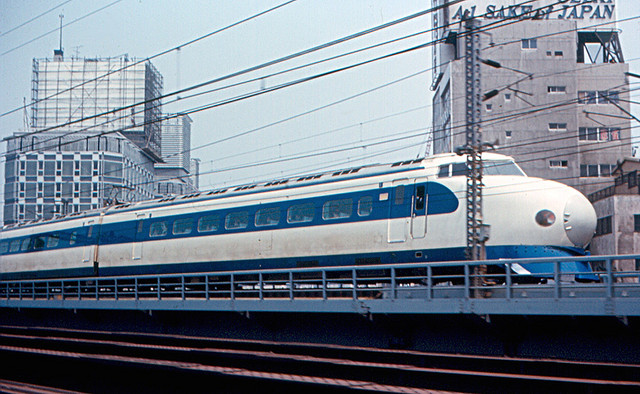