The developer of early computer software for defense applications, she was a trailblazer in the fields of data encryption, lasers, and medical technology.

Ruth Davis was “the real deal.”

A pioneer in satellite and computer technology, she excelled in what was then a “man’s world” but never boasted about her accomplishments. Ruth always emphasized that it’s what you do and not who you are that’s important. In one interview she said, with a bit of marvel creeping into her voice, “You go to work in the morning, come home in the evening after you worked on something that had never been done before.” 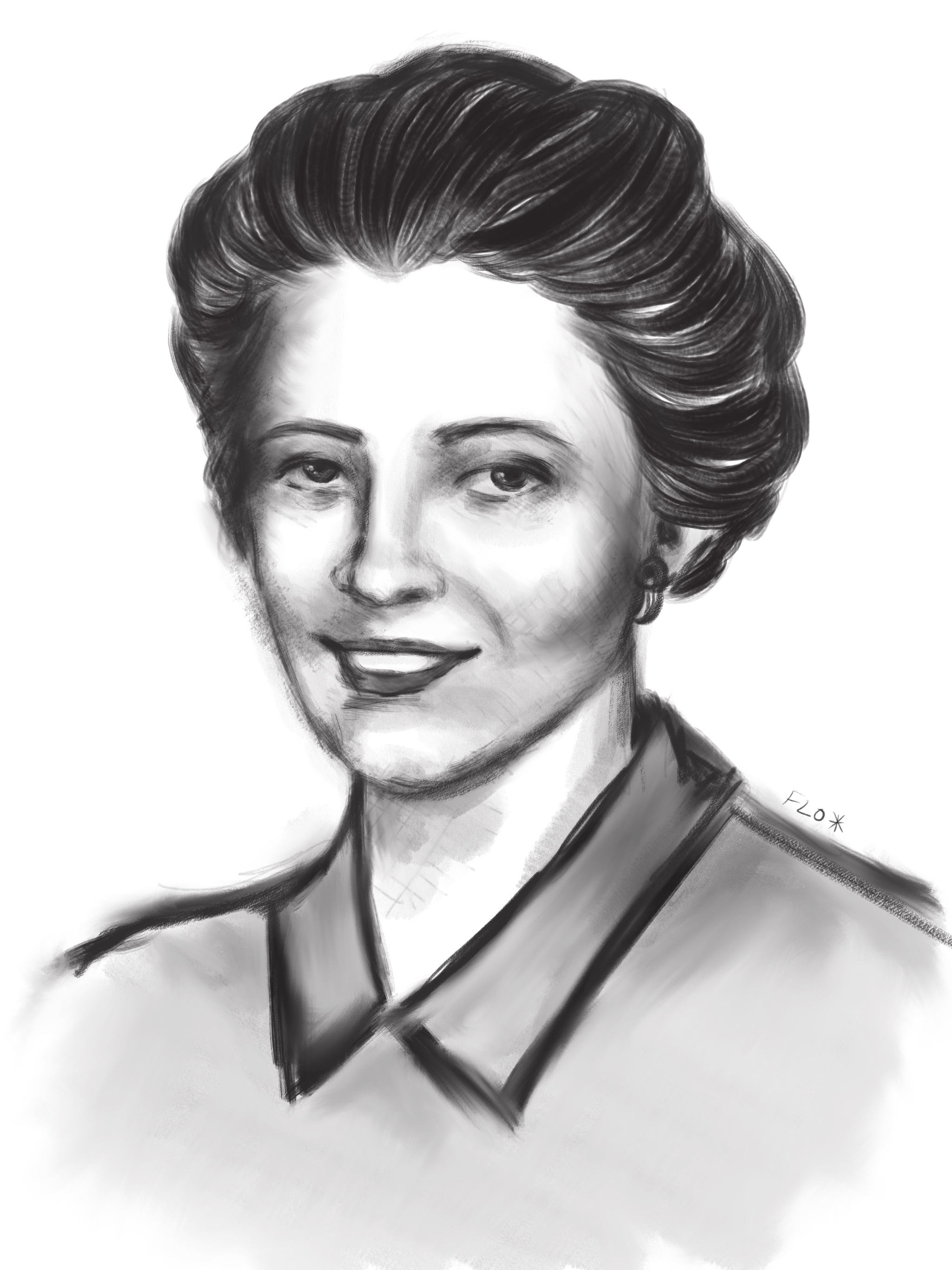 Ruth set her life’s course as a determined technologist when she was in high school, displaying no interest in the clerical or teaching jobs that awaited most girls growing up in the 1940s. She earned her B.A. in mathematics at American University in 1950, and her M.A. and Ph.D. in mathematics at the University of Maryland College Park, where in 1955 she was the first woman to earn a doctorate in math. During summers she worked as a computer and software pioneer at the National Bureau of Standards (now the National Institute for Standards and Technology). Some of her earliest work is preserved in the Smithsonian Institution.

When Ruth completed her doctoral program, she approached IBM for a job in computing but the company had only secretarial positions open for women at the time. The rejection led her to a position with Navy Admiral Hyman Rickover, who was in search of computer people to help him create the nuclear navy. Ruth ended up writing the first computer codes for nuclear reactor design. She later remembered: “I would like to say that it was hard, as a woman, to get hired, but [Rickover] was eccentric enough that it wasn’t.” She noted, “He gathered six of us [women] from around the country. He didn’t care if you were yellow, purple, green, or had five arms.”

Ruth created some of the earliest computer software for defense and space applications.

After writing the nuclear reactor design code, Ruth’s next task was to establish the Navy’s first Command and Control Technology Organization. So at age 27, she became technical director of the new program to design a system for managing naval operations worldwide.

The work with Admiral Rickover accelerated Ruth’s professional career in public service, where she was already a pacesetter. She held management positions at the National Bureau of Standards, the Department of Health, Education, and Welfare (HEW), and the National Library of Medicine. She directed the NBS Institute for Computer Sciences and Technology and was the first director of the HEW National Center for Biomedical Communication.

In 1977, Ruth became deputy undersecretary of defense for research and advance technology. Managing $4 billion of R&D programs for several years under Admiral Arleigh Burke, then chief of naval operations, she created some of the earliest computer software for defense and space applications. She reminisced with friends about her one-cubic-foot desktop computer that preceded the PC by 15 years.

Over her public service career Ruth managed other multi-billion dollar production enterprises: the U.S. Uranium Enrichment Services, the Strategic Petroleum Reserves, the Federal Power Marketing Administrations, and the Naval Petroleum Reserves. She initiated major projects that had significant impact on the industrial, governmental, and academic sectors of our country in the 1970s. They included the Very-High-Speed Integrated Circuit (VHSIC) Program sponsored by industry and the Department of Defense; the DOD Directed Energy Program (high-energy lasers and particle beams); the world’s first data encryption standard (DES) for nondefense computer systems; the first satellite communications system for remote healthcare applications in Alaska (1967–1970); the online computer network for medical literature retrieval, MEDLINE; and the first computer-based automation or robot-systems support by the federal government.

At one point during the HEW remote healthcare applications project in Alaska, Ruth and her staff were found on a rooftop with an antenna planted in a bucket of cement, looking for the right spot to capture the satellite signal connecting Aleut villagers with much-needed medical expertise at Midwestern universities.
Her telemedicine work led Ruth to concerns about personal privacy issues associated with the possible interception of a person’s medical information. This motivated her to engage in data encryption. Not finding software for nonmilitary encryption at the National Security Agency, Ruth, as first director of the NBS National Institute for Computer Science and Technology, led a team to develop the public data encryption standard that remains in use today.

She drove her Porsches, drove a US M-1 battle tank, and drank her bourbon with the same spirit: flat out.

In 1980, at age 52, Ruth retired from the federal government and founded the Pymatuning Group, which she named after an Indian tribe in western Pennsylvania that, not surprisingly, was headed by a woman chief. This management company specialized in industrial modernization strategies and technology development, with concentrations in microelectronics, computers, information, automation, and robotics. She also taught as a part-time lecturer at the University of Maryland, Harvard, and other leading universities, and for a while was a Regents Professor at the University of California, Berkeley.

Ruth Davis chaired the Board of Trustees of the Aerospace Corporation from 1992 to 2000 and served on many other corporate and university boards including Sprint, Consolidated Edison, Principal Financial Group, the Institute for Defense Analyses, the University of Pennsylvania’s School of Engineering and Applied Science, the USC School of Business Administration, and the University of Maryland College of Computer, Mathematical, and Physical Sciences.

Ruth was lauded by government, industry, and universities alike, winning innumerable awards from groups such as the National Academy of Engineering, the National Academy of Public Administration and the American Academy of Arts and Sciences. She was named Computer Science Man of the Year in 1979, causing the name of the award the year to be changed the following year, and was named one of the most powerful women in the nation’s capital by Washingtonian magazine. She received honorary doctoral degrees from Carnegie Mellon University in 1979 and the University of Maryland in 1993.

Ruth’s home in Silver Spring, Maryland, revealed her fun side. Sharing room space with floor-to-ceiling shelves of engineering and technology awards was her “critter collection,” an extensive assortment of stuffed animals and dolls including two from her childhood. Her garage was home to two Porsche Carreras, a carryover from her practice of buying two new Porsches every three years — one for herself and one for her late husband, George.

Ruth always strived for the best and would not be stopped. She never allowed anything to stand in the way of her talent and creativity. And she drove her Porsches, drove a US M-1 battle tank, and drank her bourbon with the same spirit: flat out.

Ruth Davis was generous, appreciative, and respectful of everyone who worked with her and for her. She infected all who knew her with her sense of purpose and fun. She was the “real deal” even after driving her Porsche into my garden after her 75th birthday party at the University of Maryland. Ruth leaves us with fond memories of an outstanding engineer and a great lady.