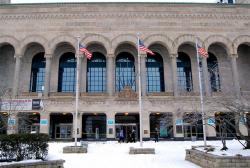 The quantities of materials used in the building are staggering: 12,000 tons of structural steel; 42,000 cubic yards of concrete - consisting of 65,000 barrels of cement and 25,000 tons of sand; 360,000 feet of piling; and 10,000,000 bricks. At the time of its construction, Atlantic City Municipal Convention Hall was believed to be the world's largest hall, capable of seating 40,000 people. It continues to serve as a meeting place for shows, pageants, sporting events, and conventions. It is a structure of heroic proportions. 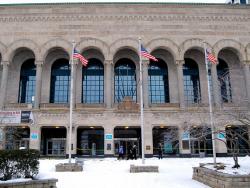