The Walrus to the Rescue

During World War II, the Royal Air Force had few ways to rescue pilots downed at sea until the deployment of the Supermarine Walrus, one of the most ungainly airplanes ever built.

John H.G. Walker was a stand-out student at Nottingham High School, winning a scholarship and top prize in rugby, becoming Sergeant Major in his company, and entering the Royal Air Force in 1937. Walker flew throughout the Battle of Britain and joined in the first daring long-range fighter attack on Germany, hitting a base of planes that had been laying mines in the North Sea.

Walker was promoted several times, becoming an instructor and then leader of Squadron 118, whose motto was “I kill and return.” Unfortunately, that didn’t turn out to be the case on May 9, 1942 when his Spitfire was jumped by German fighters and hit near the Pas de Calais.

Four days later, Walker’s dinghy and lifeless body were found a mere eight miles south of Dungeness on the southeast of England. Only twenty-three years old, John had survived ditching in the Channel, but died of exposure as he waited in vain to be rescued. His remains were returned to his young wife and family in Nottingham and were interred in the cemetery of St. Leonard’s Church.

Sadly, it was a fate all too often suffered by RAF pilots. During much of World War II, provisions for air-sea rescue were abysmal. In the first two years of the war, the RAF had twenty-eight ships but no search aircraft. During the Battle of Britain, hundreds of pilots died unnecessarily when they ditched into the sea.

In August 1940, Air Vice Marshal Sir Keith Park, who commanded the fighter group in southeast Britain, actually ordered his flight controllers not to vector pilots over the sea because “too many were getting drowned.”

The main problem was the lack of decent search aircraft. There was just no effective means of looking at all those waves from above and finding a downed pilot. Making up the deficit in reconnaissance aircraft with Avro Ansons and Westland Lysanders was no use. Their limited range didn’t allow them to carry out patrols of the required time or distance.

So, there was very little chance of survival if you ditched into the sea. Many pilots perished once they hit the water because they were only visible until their parachute folded up into the waves. Then, both pilot and parachute sank. Only the occasional flier was picked up by a passing destroyer or fishing boat.

One day in August 1940, fifteen of the eighteen RAF pilots who bailed out over the North Sea and the Channel were lost in the frigid waves. Overall, statistics showed that, if a pilot exited the aircraft over land, he had a fifty percent chance of survival. Over water, that fell to twenty percent. In the words of one writer, “The ditching of a British airplane in the Channel or the North Sea usually doomed its crew.”

As usual, of course, the men to blame were probably the top brass who sat in their offices and thought there were so many ships constantly sailing around British waters that somebody would pick up the downed pilots.

Lt. Aitken borrows a Walrus in the summer of 1940

During the Battle of Britain, New Zealand Flight Lt. R.F. Aitken was so disturbed by the death rates among his fellow fighter pilots that he actually “borrowed” a Supermarine Walrus flying boat from the Fleet Air Arm and, working single-handedly, he managed to rescue thirty-five British and German flyers from the Cruel Sea during the summer of 1940.

Description of the Walrus

The Supermarine Walrus was not a flying boat, but an amphibian, an aircraft which could go on land and water.

The Walrus was such an unattractive flying machine that it’s difficult to imagine it was designed by R.J. Mitchell, the man who designed the world’s most beautiful aircraft ever, the Spitfire fighter, originally called the Supermarine Shrew. (“Just the sort of bloody silly name they would choose,” Mitchell once said.)

The Walrus was intended to be a gunnery spotting aircraft for sea battles between big warships, but that only happened twice, in the battles of Cape Spartivento and Cape Matapan. In fact, the main task of the Walrus was to patrol the seas for German or Italian submarines and surface warships.

By 1943, the Walrus was phased out of carrier landings

By 1941, the Walruses had air-to-surface radar for this purpose, although, by 1943, all catapult-launched aircraft on Royal Navy ships, including the Walrus, were being phased out because the catapult and hangar took up too much deck space.

The Walrus was then used at sea only on aircraft carriers, as its landing speed was very low and neither flaps nor a tail-hook was necessary. The Royal Navy didn’t have that many aircraft carriers, so the main use of the Walrus became air-sea rescue from land bases.

Before the Walrus, the British did not have any aircraft specifically designed for air-sea rescue in their home waters.

The Walrus had a low stalling speed 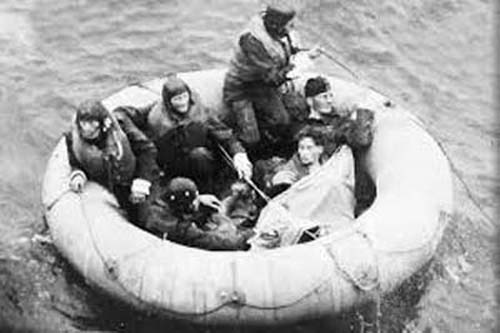 The Walrus flew at about 55 mph and had such a low stalling speed that it could land on an aircraft carrier without recourse to an arrestor hook or any safety nets. Presumably, this allowed the Walrus to transport very badly wounded men to an aircraft carrier for immediate medical treatment.

Here are the floats underneath each wingtip. They appear to have about three thousand of Rosie the Riveter’s finest holding them together:

The Germans were better prepared

The Germans entered the war well prepared for air-sea-rescue, of course. They had a dedicated arm of the Luftwaffe called the Seenotdienst and they made extensive use of the Dornier Do24, one of the comparatively few three-engined aircraft used in the conflict.

The Dornier Do24 was initially built for the Royal Netherlands Navy, and was called the Koninklijke Marine, to be used primarily in the Dutch East Indies, today’s Indonesia. The Do24 was very much admired by the Seenotdienst, so, in the words of Adolf Hitler, “I invaded the country and I stole all six of them.”

The Germans also made extensive use of the Heinkel He59, which was unarmed and painted white with a big red cross on it. These floatplanes would cheerfully rescue both Luftwaffe and RAF aircrew, although there was a suspicion that the Germans might have been using the aircraft for prohibited reconnaissance activities. In fact, the RAF was told to shoot them all down in Bulletin 1254, which indicated that “all enemy air-sea rescue aircraft were to be destroyed wherever they were encountered” - in retrospect, a rather disappointing decision.

The older He59 was much more comparable to the Walrus, and perhaps than the Do24, as well. This Heinkel biplane was much slower than the monoplane Dornier (and was therefore much easier to shoot down, in accord with Bulletin 1254).

Both aircraft made extensive use of the invention by Ernst Udet of the yellow “Rettungsbojen” or rescue buoys. These buoy-type floats were highly visible and they held enough emergency equipment, such as food, water, blankets, dry clothing for four men, and an assortment of board games, including, of course, “Risk” for the Germans.

Shot-down airmen from both sides were drawn to these buoys and many a desperate game of Schcrabble or Buckaroo was played to decide who had first dibs on the rescue buoys’ bratwurst or their assortment of smoked cheeses. British airmen and seamen called the Rettungsbojen “Lobster Pots” for their shape.

The rescue buoys also attracted the close attention of many sailors in German and British rescue boats. They would come to inspect the buoys from time to time, and “friendly” downed airmen were rescued, but enemy aircrew automatically became prisoners of war. 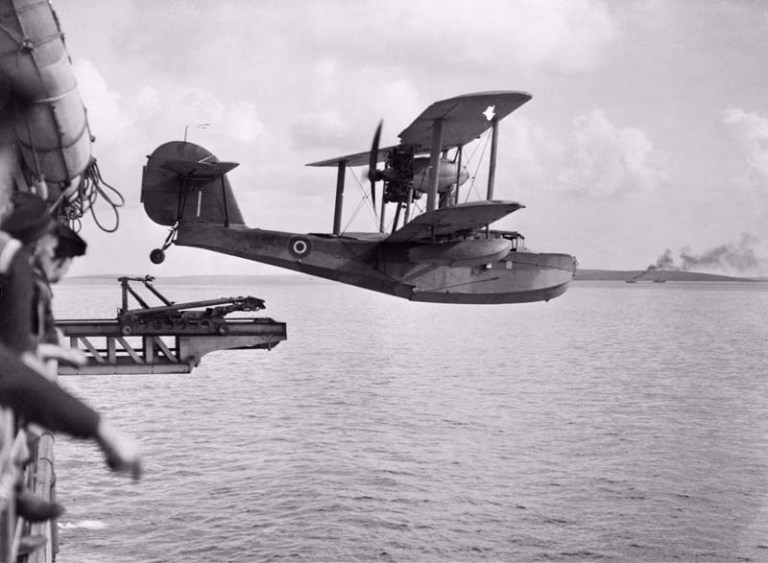 Situation still bad for Brits in 1941

The situation though, did not really improve. Twelve hundred British airmen went “into the drink” between February 1941 and August 1941. Of these, 444 were picked up by the British and 78 by the German Seenotdienst. The remaining 678  died. Every single one. It was lucky that their training had cost so little.

At official levels, it was only on August 22, 1941 that an emergency meeting was held under the chairmanship of Air Marshal Sir Arthur “Bomber” Harris to explore the shortcomings of air-sea rescue provision. From September 1941, the Air-Sea Rescue Directorate became functional and, gradually, the RAF began to use the Supermarine Walrus more widely from coastal land bases as an Air-Sea Rescue aircraft.

Late in the war

By the end of the war, things had improved dramatically. The RAF now possessed not eighteen but 600 high-speed rescue launches and numerous squadrons of specialist aircraft.

Even so, the results were nowhere near 100%.

Many crews did not ever rescue anybody in all their years looking for stranded airmen. Some never even found a single dinghy. Worse still, some only ever found empty dinghies. Some crews only found corpses, men frozen stiff, dead from exposure or any of the other conditions likely to occur in a dinghy which, for some reason best known to the top brass, did not have a covering of any kind and was completely open to the elements.