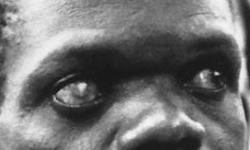 The story is so improbable it defies belief: a soil sample from Japan stops suffering in Africa. It starts when a scientist discovers a lowly bacterium near a golf course outside Tokyo. A team of scientists in the United States finds that the bacterium produces compounds that impede the activity of nematode worms. It is developed into a drug that wards off parasites in countless pets and farm animals, averting billions of dollars in losses worldwide. 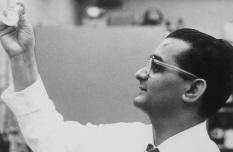 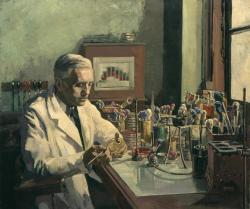 The introduction of penicillin in the 1940s, which began the era of antibiotics, has been recognized as one of the greatest advances in therapeutic medicine. The discovery of penicillin and the initial recognition of its therapeutic potential occurred in the United Kingdom, but, due to World War II, the United States played the major role in developing large-scale production of the drug, thus making a life-saving substance in limited supply into a widely available medicine. 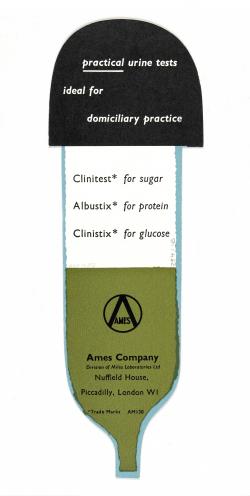 It is difficult to recall a time when doctors and patients had trouble tracking the presence of glucose and other substances in urine and blood. Lack of sufficient measurement tools made it difficult to manage a host of diseases, including diabetes as well as other metabolic diseases and kidney and liver conditions. Today, self-management of these diseases is an easier process because of the development of diagnostic test strips by Alfred and Helen Free and their research team at Miles Laboratories. 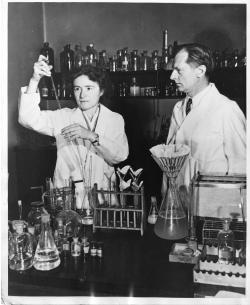 Image Caption: Biochemist Gerty Theresa Radnitz Cori (1896-1957) and her husband Carl Ferdinand Cori (1896-1984) were jointly awarded the Nobel Prize in medicine in 1947 for their work on how the human body metabolizes sugar.
Mexican Steroid Hormone Industry 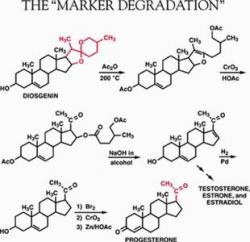 Steroid chemists often refer to the 1930s as the Decade of the Sex Hormones, when the molecular structures of certain sex hormones were determined and first introduced to medical practice as drugs. Russell Marker achieved the first practical synthesis of the pregnancy hormone, progesterone, by what now is known as the "Marker Degradation." Produced from starting material in a species of Mexican yam, Marker’s progesterone eventually became the preferred precursor in the industrial preparation of the anti-inflammatory drug cortisone.