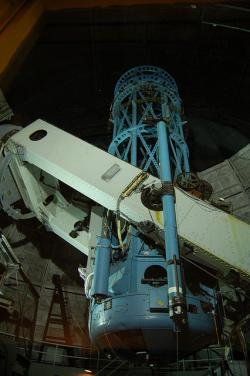 Society: ASMEMain Category: MechanicalSub Category: Research and DevelopmentEra: 1910-1919DateCreated: 1918PasadenaState: CACountry: USAWebsite: http://www.asme.org/about-asme/history/landmarks/topics-m-z/research-and-development/-66-mount-wilson-observatory,-100-inch-hooker-teleCreator: Pease, Francis G. , Hale, George Ellery
The increased light-grasp of this telescope made possible many notable advances in structural cosmology between 1924 and 1930, which have revised our ideas about the universe. One of these advances was that spiral nebulae are galactic units like our own; another was the idea of an expanding universe. George Ellery Hale began planning this project in 1906; Francis G. Pease was the chief designer and mechanical engineer. The telescope's mirror support and the use of mercury flotation to reduce the friction are among its outstanding mechanical engineering features.
YearAdded:
1981
Image Credit: Courtesy Flickr/Bruce Irving (CC BY 2.0)Image Caption: Mount Wilson Observatory, 100-inch Hooker TelescopeEra_date_from: 1918
Holt Caterpillar Tractor 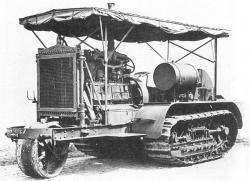 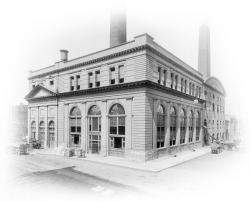 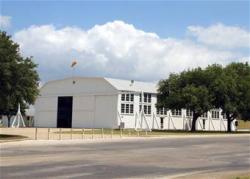 In its infancy, Hangar Nine housed Curtiss JN-4s ("Jennys") like the one Charles Lindbergh landed there when he reported for duty as a flying cadet in 1924.

As the U.S. was preparing to enter World War I, the Army raced to build an entire airfield, complete with 16 wooden hangars, successfully completing it in less than a year. The last remaining World War I facility of its kind, Hangar Nine at Brooks Air Force Base represents the emergence of fast-track construction methods using available materials and the skills of a local workforce.